Trailer for Cerro Torre will make you want more 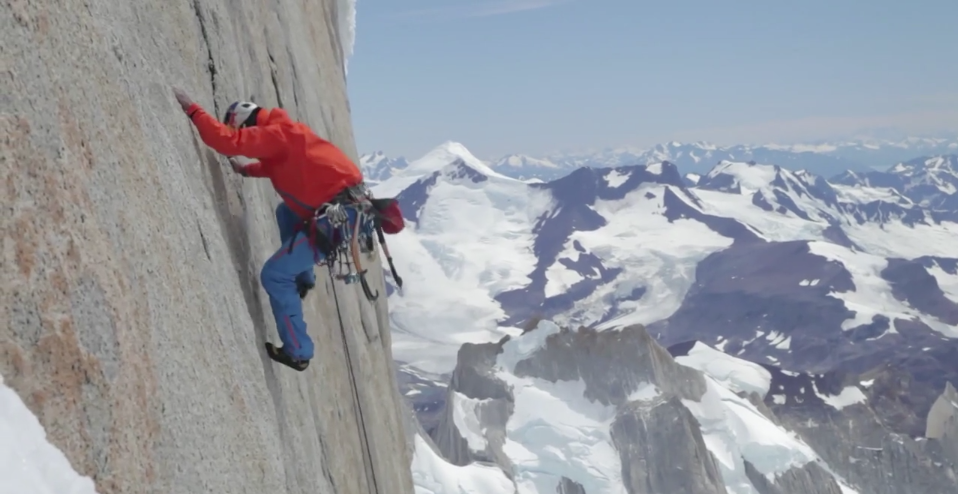 CERRO Torre is the name of a distinctly-shaped spire in Patagonia.

The way it looks is part of the reason why so many want to climb up it, but it’s a very difficult climb.

In 1959, Cesare Maestre claimed he’d summited Cerro Torre, but many disbelieved he had. So in 1970, he returned to prove them wrong. He climbed it by placing hundreds of bolts in the rock with a gas ‘compressor’ gun to tie his rope into and in doing so created the ‘compressor Route’. He came under even more criticism for placing those bolts in…

…it’s now some 40 years since Cesare’s climb and in 2012, Red Bull climber David Lama, wanted to try and free climb this same ‘Compressor Route’. The resulting film called Cerro Torre – Snowball’s Chance In Hell tells the story behind it. So far the only release date is the 13th March in Germany. We’re waiting to hear about UK dates. Until then, the trailer may make you want to find out about more about Lama and about Cerro Torre, but if you do start to read around, it may also lead you into some of the controversy about the making of the film.