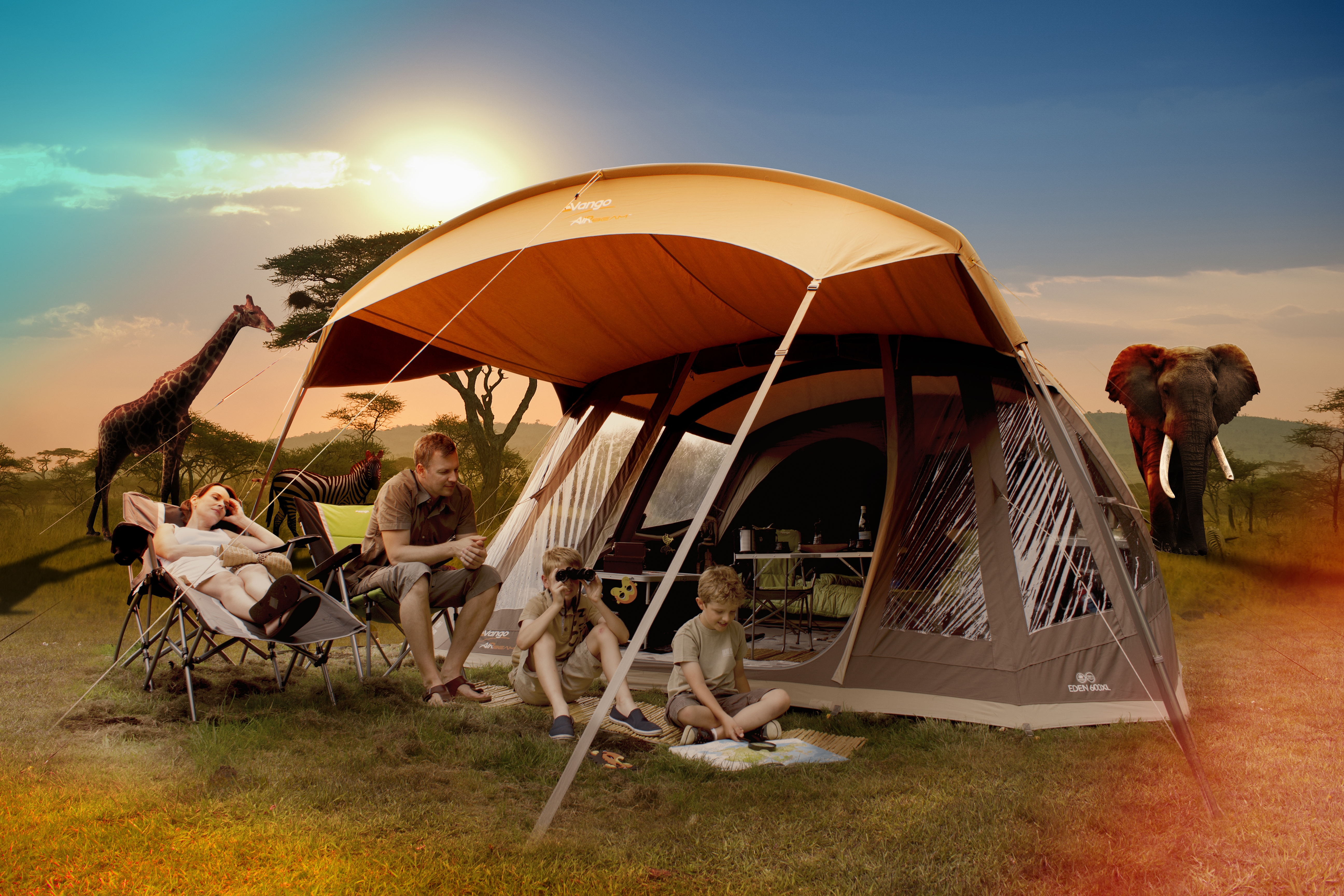 WHOAH there. No wonder Vango is calling its latest family tent the Eden – it literally does look like heaven on Earth.

The Eden V 600 XL is a brand new model for for 2014 and costs £1,510. The most striking aspect is the huge sun canopy that extends out the front. Behind that is a very large living area and room to sleep at least six people.

It’s made of a top-end Polycotton fabric so as well as being waterproof it also breathes so you won’t have a huge build up of condensation on the inside.

We’ve spoken to the Eden V’s designer, Karen Scott, who says she wanted to make a tent with a great balance of space within and outside the tent.

“The new Vista front really enhances the space,” she says. “It allowed us to add multiple windows around the front of the tent so it is such an inviting space to use throughout the day. The new sun canopy front is designed to create a sheltered outside space without having to remember to bring a separate awning. And in the back, the inner sleeping areas can take air beds with room to spare.”

Karen adds that the really big features on the Eden are that this is an AirBeam tent and it’s made of polycotton. “The fabric is so luxurious to use as it gives you a little more protection from the cold and heat as well as muffling the noises of a busy campsite,” she explains. “The fact that it can be pitched with the minimum of fuss and in minutes is mine as well as every other campers dream.”

Vango is only making this is in a nutmeg colour – the colour that has some of the old romance of the tents used on safari in Africa, often considered to be the ultimate in luxury and expense.