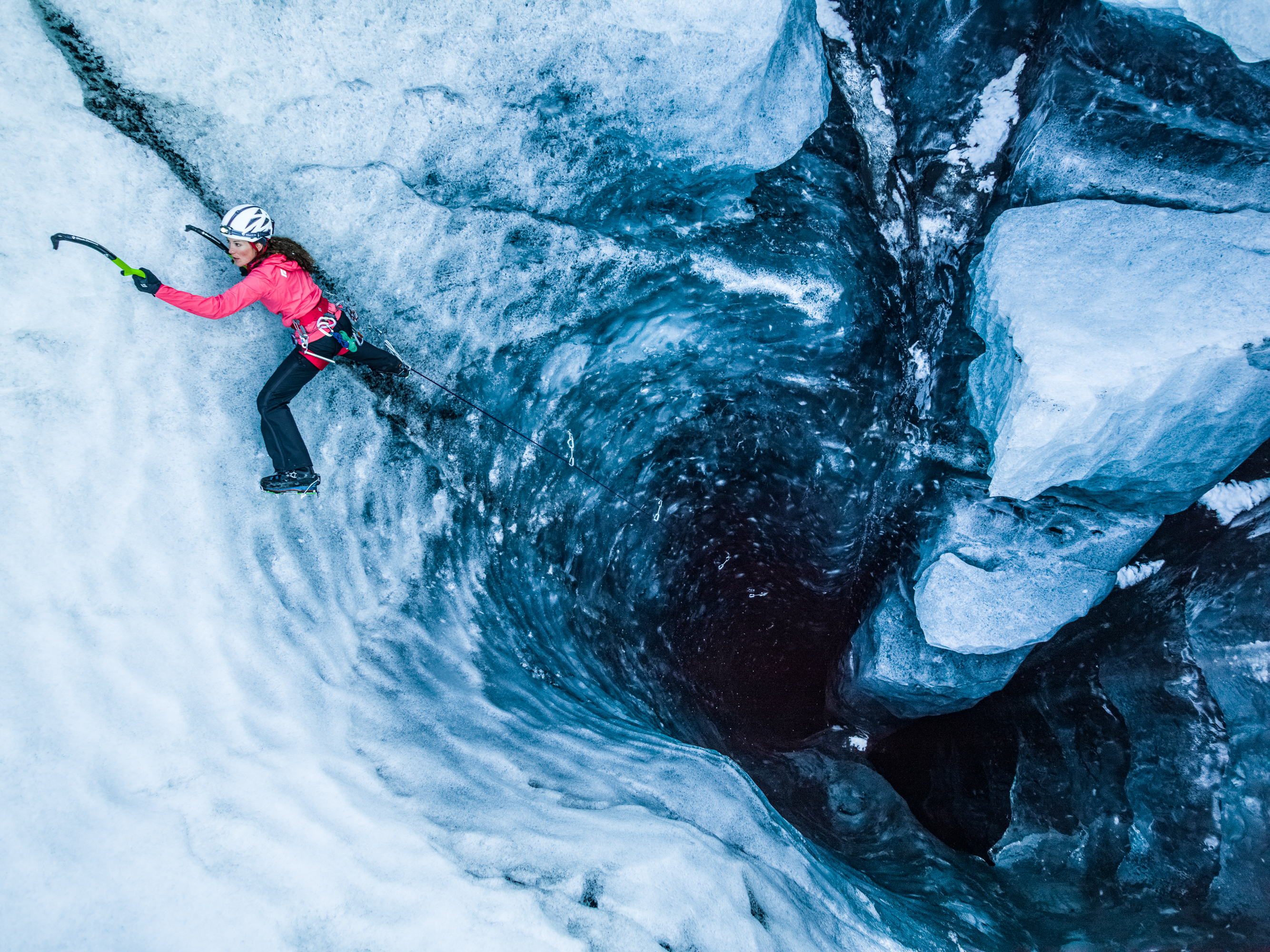 Vatnajökull is a glacier in Iceland that’s so large it can be seen from space with the naked eye. And in the 16-minute-long film video below (produced by SmugMug), photographer Tim Kemple and ice-climbers Klemen Premrl from Switzerland and Rahel Schelb from Slovenia, explore the icy caves and crevasses.

The film is called Climbing Ice: The Iceland Trifecta, and is the 13th film in the SmugMug Films series that takes a behind-the-lens look at some of the world’s most interesting photographers.

Tim Kemple said: “When we arrived in Iceland, we had no idea what we were going to find and it was completely up to us to explore the land to determine where and what we would shoot each day.”

“The trip was a creative challenge for the whole team as it’s very unusual to climb the extremely dangerous and tough ice conditions that we encountered, but we had to attempt it because adventure is about embracing uncertainty and pushing yourself beyond your comfort zone.”

Don MacAskill, CEO of SmugMug says: “At SmugMug, photography is our passion and SmugMug Films is a celebration of the photographers who inspire and amaze us every day. Tim lives and breathes the passion for photography that guides our business, so it was only a matter of time before we approached him to take part in a film.”