MUMM is the official champagne sponsor for Formula E 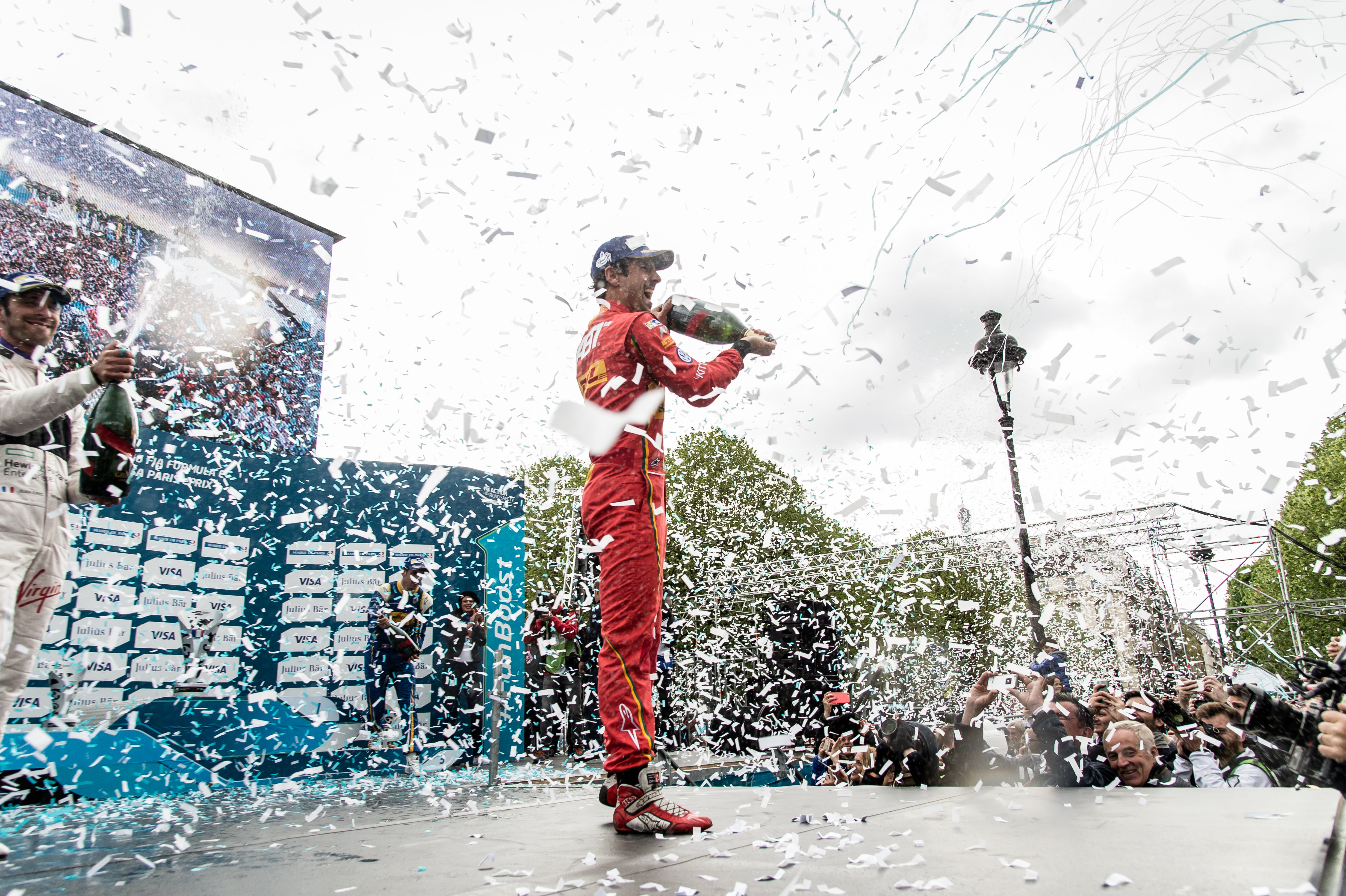 A bottle of MUMM Cordon Rouge champagne awaits each winner on the podium of Formula E (electric) race series.

The winner’s bottle proudly features a laurel crown, red sash and the number ‘1’ –  all traditional symbols of victory.

Formula E is now in its second season and races take place in 10 cities across the world – from Paris and Moscow to Buenos Aires and Mexico City.

Mumm champagne was originally awarded to Formula 1 winners. The tradition of paying tribute to the winner of an international racing series with a bottle of champagne actually began in 1950.

But act of spraying champagne in celebration started in 1966 at the Le Mans 24-hour race the when the prize bottle was warm. Racer Jo Siffert was on the podium with the bottle and the cork popped out unexpectedly, spraying a fine shower over the delighted audience below. The following year Dan Gurney, winner of the same race, deliberately repeated Siffert’s gesture.

Maison Mumm itself was founded in 1827 by an ancient lineage of barons and today has nearly 218 hectares of vineyards. The brand was pioneered by Georges Hermann Mumm whose motto was: “Only the best”.