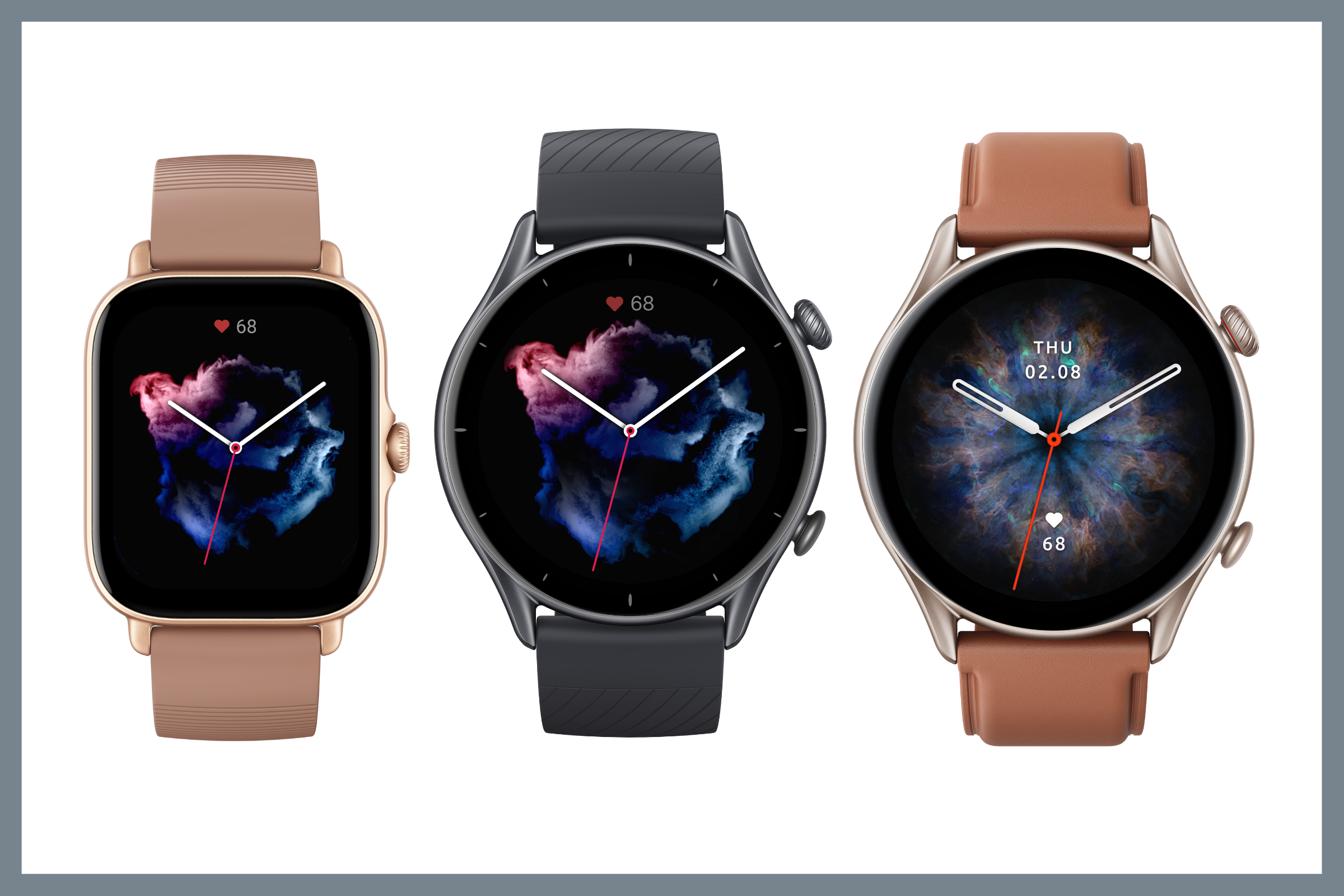 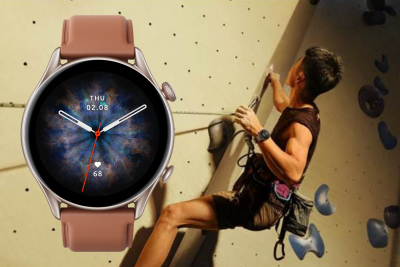 Amazfit has just announced the GT3 series of smartwatches.

All have smart health, fitness and lifestyle features when they’re synced up to the new Zepp app on your smartphone (both iOS and Android) plus they can connect to Apple Health, Google Fit, and Strava. 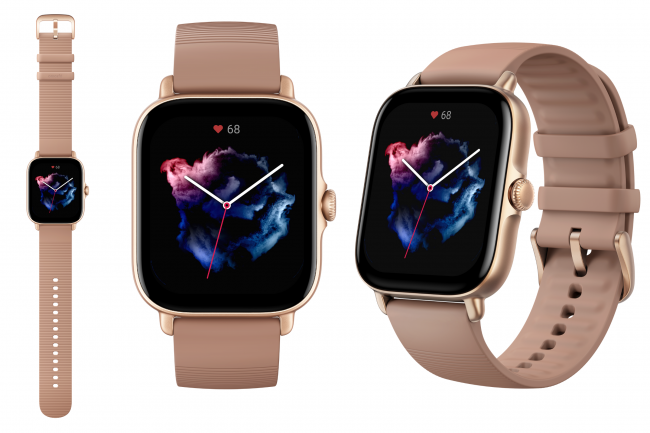 With a modern square 1.75-inch, ultra HD AMOLED screen with 341 ppi, the GTS 3 is one of the slimmest and lightest smartwatches around, yet still has a huge 72.4% screen-to-body ratio. Designed for anyone who wants a stylish, slim smartwatch display, its shape mirrors your smartphone in style, but its features match those of the GTR 3 (below). 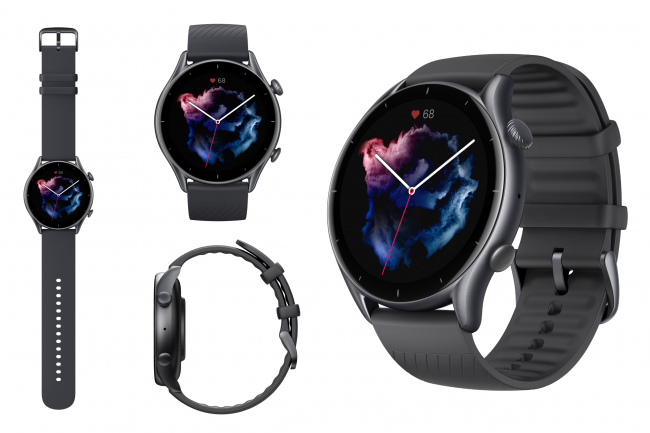 GTR 3 is made from aircraft-grade aluminium alloy

The GTR 3 has a really striking curved glass screen to look at and it’s a 1.39-inch AMOLED HD display. You can also customise the GTR 3’s watch face to show all the information you need at a glance. Want to wear this for adventure sports and get sweaty? No problem as the straps are made from antibacterial silicone. It’s 450 mAh battery can give you a battery life of up to 21 days with just light usage. 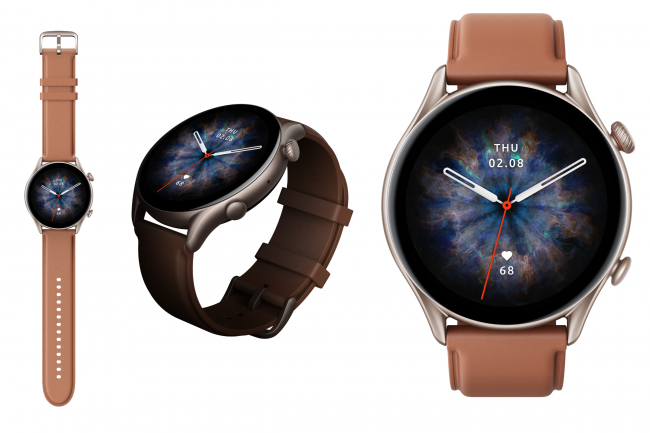 Adventure-styling for the Amazfit GTR 3 Pro, especially with the brown strap

The GTR 3 Pro is the premium item in Amazfit’s new series of fashion wearables. It really delivers on the visuals with a 1.45-inch, 331 ppi AMOLED ultra HD display. The large circular screen has a high refresh rate and a 70.6% screen-to-body ratio. You can cycle through the options by rotating the classic-looking crown which gives haptic feedback too. You can choose from the 150+ built-in sports modes and if you forget to activate your sport mode, there’s a smart recognition feature that kicks in for up to eight popular sports to make sure you never accidentally miss out on activity tracking. The 450 mAh battery provides up to 12 days on a single charge. And if you like doing your adventures while listening to music  there’s 2.3GB of onboard memory that’ll store 470 songs. It means you can have music playing directly from your watch without coming from your phone. You can also make and take phone calls on the GTR 3 Pro when it’s connected to your smartphone over Bluetooth.