GOOD to see Karrimor take a nostalgic return to its rucsacs from the 1970s with the new Alpiniste which has just gone on sale in two different sizes.

Back in the 70s, Karrimor sought the advice of a Scottish mountaineer called Dougal Haston to create a new rucsac and the result was called the ‘Haston Alpiniste’. It became the first true alpine climbing rucsac used by other mountaineers at the time. The photo below shows the original pack and comes courtsey of Kai from www.larsonweb.com who describes his love of Karrimor’s past rucsacs, in particular the various generations of the Alpiniste. Wellw orth checking out. I too loved the Karrimor packs of the early 80s, in particular, the Jaguar which was my very first rucscac which I took on Scout camps and on UK hillwalking trips.

Karrimor’s 2012 Alpiniste rucsacs aim to try and continue the tradition and retain the simple looks of the original. These new ones come with a removable hip belt so you don’t have to wear it with one, useful for when wearing the rucsac with a climbing/abseling harness. The lid is extendable, allowing us to load up with either a down jacket or rope on the top for easy access. There are also ice axe loops and other gear loops. Wand pockets also feature. Finally there’s a hole to push through a hydration-sac straw. It also looks like the front flap comes down to expose a zip; until we get more photos or our hands on one we can’t tell, but it looks like it’ll be an interesting design and if the quality of the stitching is good, this will be a great sac for walking with in the rain. 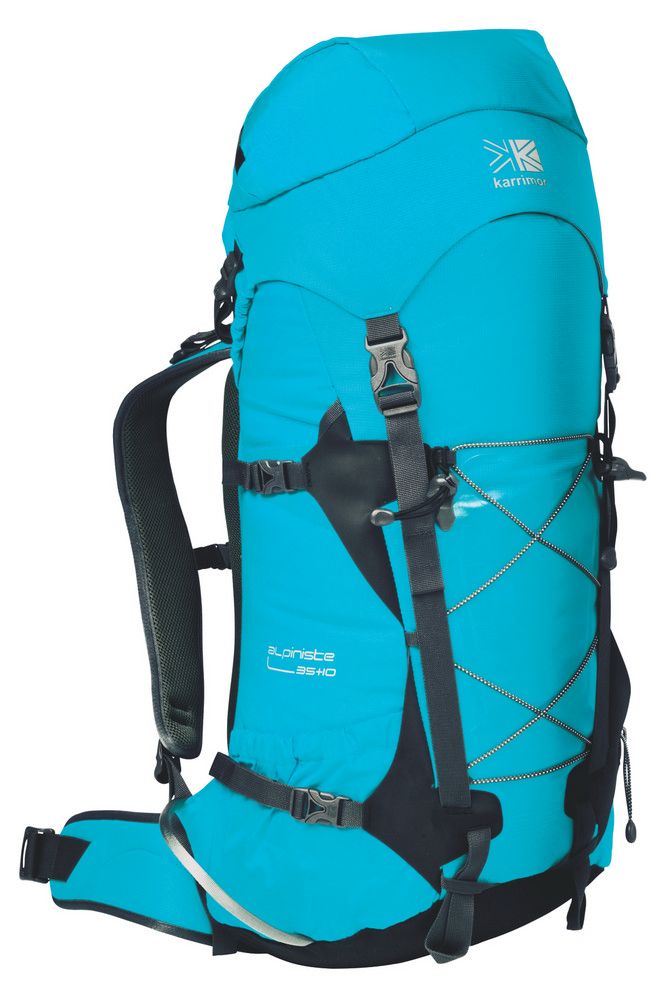