Is Mumm Champagne planning something big in the world of airsports? 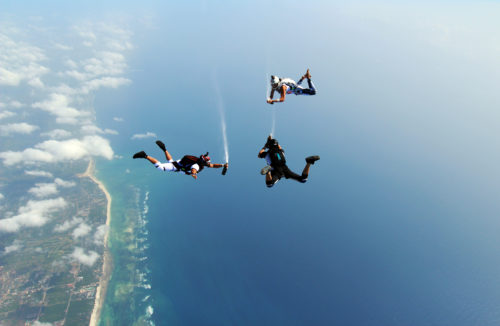 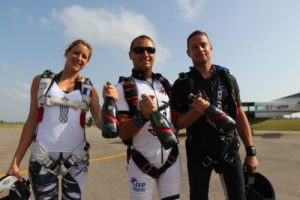 MUMM Champagne has a history of supporting adventurous types and the latest ones are a French freeflying team called AirWax.

The skydiving trio, made up of Greg Crozier, Karine Joly and Jean-François Meyier celebrated Mumm’s support with a skydive over Diani Beach in Kenya where they each popped open a bottle of Mumm Grand Cordon as they came down. You can clearly see the champagne trails flowing up in the photo above.

Greg Crozier and Karine Joly are breaking new ground in the sport of freeflying and skydiving and were World champions in 2012 and bronze medalists in 2017. Mumm says it has come onboard to support as freeflying continues its progress towards recognition as an Olympic discipline…

…but we’re intrigued that this involvement might be the start of something bigger. Mumm says in its press release that “Maison Mumm is now preparing to celebrate bold new challenges outside the planet’s atmosphere. For more details, stay tuned.”

The mention about “challenges outside of the planet’s atmosphere” has certainly got us excited. Maybe a skydive from the stratosphere might be on the cards?