IF you find yourself in London between this Friday and next Wednesday then drop by The Chelsea Harbour Hotel to see six custom Harley-Davidson bikes.

Warr’s Kings Road Customs is bringing a selection of its Harley-Davidson creations to the hotel in celebration of Chelsea Design Week taking place at the same time.

Two bikes will be exhibited in the centre of the hotel lobby and a further four in the hotel’s pop-up shop space.

Three of the six custom-bikes that will be on display are:

The Patti – a Softail Breakout, influenced by 1970’s Americana and Rock ‘n’ Roll 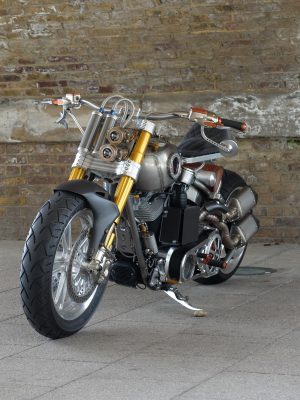 The Chelsea Harbour Hotel has also created a special menu that will run from 18-23 September with three courses for £19.50.