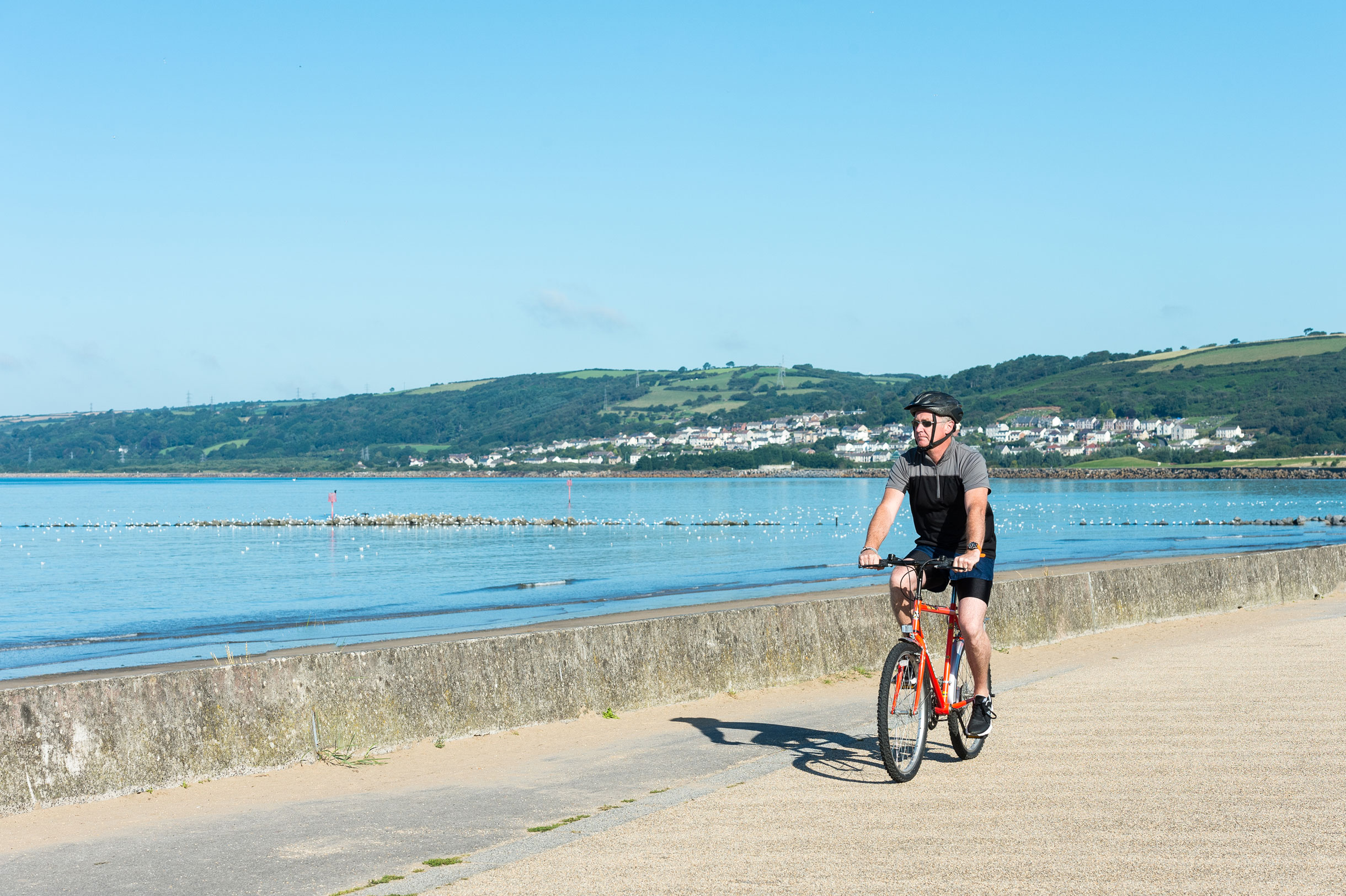 HERE’S a cracking idea from Discover Carmarthenshire – three suggested routes in the county which combine a swim or kayak, cycle, and run or walk.

The routes have been called the Travellers’ Triathlons and they’re ideal for those of us in search of an active holiday or new challenge in the great outdoors.

Huw Parsons, the marketing and tourism manager at Carmarthenshire County Council explains why they’ve come up with the idea: “We really wanted to give visitors a series of recommended runs, walks, swims and bike rides which they can easily access via our website and this lead to the idea of them forming an actual triathlon!” he says. “Fitness challenges have become increasingly popular in recent years as well as more active holidays, so we thought we’d put the two together and create the UK’s first ‘Travellers’ Triathlons’. The routes offer visitors the perfect way to combine experiencing the county’s spectacular scenery with a healthy dose of exercise, as well as fresh air by the bucketful.”

We can choose from The Riverside Route, The Coastal Challenge and The Pendine Path,with each triathlon taking us through different terrain from the valleys and villages of the north to the woodlands, estuaries and beaches of the south coast.

We can simply download details of each triathlon from the Discover Carmarthenshire website and go and do them any time we want.

Each triathlon roughly equates to Olympic Triathlon distances (1.5km swim/ 40km bike/ 10km run) and can be completed in one day as a fitness challenge, or taken at a more leisurely pace for those who just want an active break in the beautiful Welsh countryside.

The routes suit all fitness levels: runs can easily be walked, swimming routes swapped with kayaking or stand up paddle boarding. Distances can be shortened too. 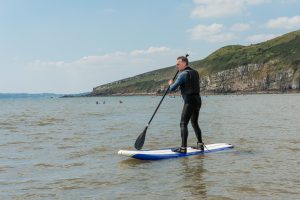 Each triathlon leg can also be swapped or combined with other routes, allowing us to create our very own ‘travellers triathlon’.

The routes aren’t signposted and are designed to be self-guided, with each mapped out and detailed in downloadable PDFs from the Discover Carmarthenshire website.

Head to the glorious River Teifi in Llandysul for the first leg of your triathlon challenge- the swim- where you’ll tackle a picturesque 750m swim downstream through the Teifi valley guided by experts from Llandysul Paddlers; taking in the views of the wooded riverbank framed by surrounding mountains. If you prefer, this leg can be attempted by kayak, or by ‘river bobbing’ downstream. Once you’ve dried off, it’s over the market town of Newcastle Emlyn for challenge two- the 24km cycle. Slightly shorter than the usual Olympic distance, this route is ideal for biking beginners or those in search of a more gentle pace. En route, you’ll peddle alongside the River Teifi through lush valleys until you reach Cenarth, where Cenarth Falls provides the perfect spot for a quick refresh with a cuppa. Then, it’s back on your bike to Newcastle Emlyn to tackle your final challenge- the run (or walk, if you prefer!). Covering 11km, this route takes you through tranquil countryside and farmers’ fields, heading past the legendary “Pwll Dafi Williams” pool in the river, all the way to Cenarth; where you can stop for a breather or plough on through to complete the challenge.

The fantastic swimming beach of Cefn Sidan, boasting 9km of fantastic golden sands, awaits you for the first 1.5km swimming leg of your coastal triathlon; with its cool, wave-rich waters and brilliant views out to Carmarthen Bay. After your swim, grab your bike and helmet and head along the Millennium Coastal Path, where an epic return 45km ride from Pembrey to Bynea will reward you with incredible sea views from start to finish. Pembrey Forest will act as the setting for the run (or walk) portion of your triathlon challenge, following the winding paths of the lush forest that sits alongside Cefn Sidan beach over 10kms, and an ice-cold drink at Pembrey’s Beach Cafe to reward your hard work at the finish line!

Don your swimming cap and goggles and head to one of the longest beaches in Wales for the first leg of your challenge, where you’ll tackle a 1km swim or paddle board along the beach- famed as the setting for many speed record attempts over the years. Once dried off, a 45km circular cycle route through some of the county’s most glorious countryside awaits; peddling along main roads and smaller county lanes through peaceful villages and coastal towns, including Dylan Thomas’ hometown of Laugharne. Once you’ve stretched off, the 10km run (or walk) portion of your triathlon will take you along breathtaking coastal headlands to secluded coves (Morfa Bychan), along tranquil beaches and through the quaint village of Marros.