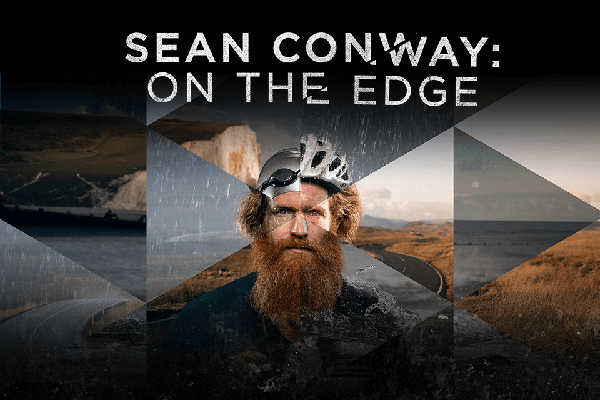 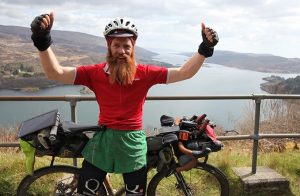 Tune in to the Discovery Channel next Tuesday, Wednesday and Thursday night next week as Sean Conway’s latest TV programme On The Edge starts showing.

In the 3-part series Sean sets out on an ultimate triathlon that kicks off with a 3,350 mile cycle on a bamboo bike from Lulworth Cove to Scarborough.

At Scarborough, he then sets off south with a run down to Brighton.

And once in Brighton he starts two intensive weeks of swimming, all the way back to Lulworth Cove where he started from. 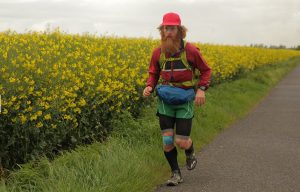 Battling everything from a reoccurrence of his troublesome knee to steep lung-busting hill-climbs, Sean had to also find aspot to sleep each night.

He even spent his 35th birthday camping alone in a field on the Cornish/Devon border.

Diet was a constant issue. He needed to take in 5,000 calories each day and ate dog treats (for their high protein content) and drink liquidised roast dinners.

As adventures go, this was some undertaking; Sean cycled, ran and swam around Britain, carrying all his own kit, even making a raft to carry it for the swim.

The ‘triathlon’ was the equivalent distance from London to New Delhi, and more than four times longer than his previous adventure back in 2015.

Born in Harare, Zimbabwe, Sean had an adventurous upbringing in the Mana Pools National Park with his conservationist game ranger father, Tony. He spent his early years climbing trees and chasing elephants out of his garden, and this unique childhood has been the fuel for his adventurous ambitions. 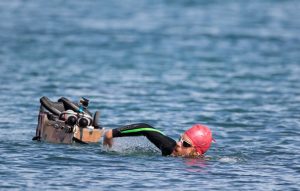 Sean famously sold his photography business for just £1 to pursue his dream of becoming a full-time extreme endurance adventurer and break records.

In 2008 he cycled the length of Great Britain.

In 2013 he swam the length of Great Britain (becoming the first person in history to do so).

And in 2015 he ran from John O’Groats to Land’s End, without undergoing any kind of training in advance.

This latest adventure put all three elements together in what’s been called the Ultimate Triathlon.

Definitely worth a watch.