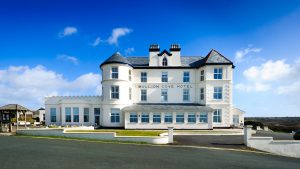 These include kayaking around some of the peninsula’s hidden bays, rock climbing, stand-up paddle boarding and coasteering.

The main image above and right shows the Mullion Cove Hotel on the cliff top. 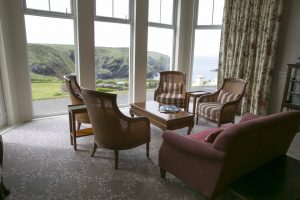 There’s also a survival skills package where can you learn how to light fires, build a shelter, forage for food and for those who want the full survival experience, you can learn how to gut and cook a wild rabbit.

A two night package between now and 31st October costs from £280 per room. This is based on two sharing a standard room for two nights on bed and breakfast basis and includes a lunch and one activity session for two people.