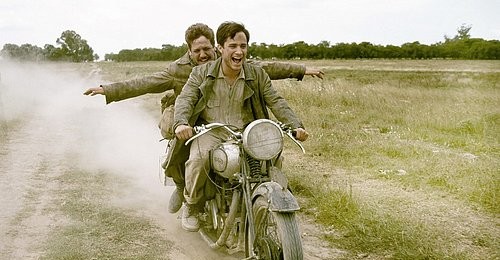 THINGS don’t always have to be in perfect working condition before we set out on an adventure. When Che Guevera and Alberto Granado set out on their famous motorcycle adventure in 1952, they did so on a ‘leaky’ Norton 500 motorycle that was pissing oil before they even began their 5000km tour of South America. They nicknamed the 13-year-old motorbike “La Poderosa” meaning the powerful one. But while today’s modern riders have a bike all to themselves, Che and Alberto rode two-up on the one bike. Who’d even consider doing that today? Che later described the journey in his diaries as “improvisation” – and used a large measure of good old fashioned bullshitting to get by.

When the pair set off, it was Alberto’s dream to finish the trip before his 30th birthday in April, but they ended up travelling for four months beyond that. So it’s with sadness to hear that Alberto passed away last week aged 88. He was born in 1922, in the Cordoba province of central Argentina, a mountainous region. Dr. Granado was working in the laboratory of a leprosarium when he and Guevara took to the road. He later received a doctorate in biological sciences and worked to develop a breed of Holstein cattle that could cope with tropical environments before retiring in 1994.

Both Alberto and Che kept diaries of the motorcycling adventure and Alberto’s was published in 1978 well before Che’s was. The book title is Travelling with Che Guevara: The Making of a Revolutionary.

Throughout his life, Alberto regularly reflected on his and Che’s life and in a BBC TV programme, My Best Friend, when asked what he thinks is the reason for Che’s following Alberto replied,

“Because he was a man who fought and died for what he thought was fair, so for young people, he is a man who needs to be followed. And as time goes by and countries are governed by increasingly corrupt people … Che’s persona gets bigger and greater, and he becomes a man to imitate. He is not a God who needs to be praised or anything like that, just a man whose example we can follow, in always giving our best in everything we do.”

The film of the pair’s journey, called The Motorcycle Diaries had fantastic reviews. Jose Rivera, the screen writer for the film sums up the essence of what Che and Alberto embraced on their adventure, 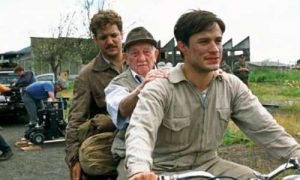