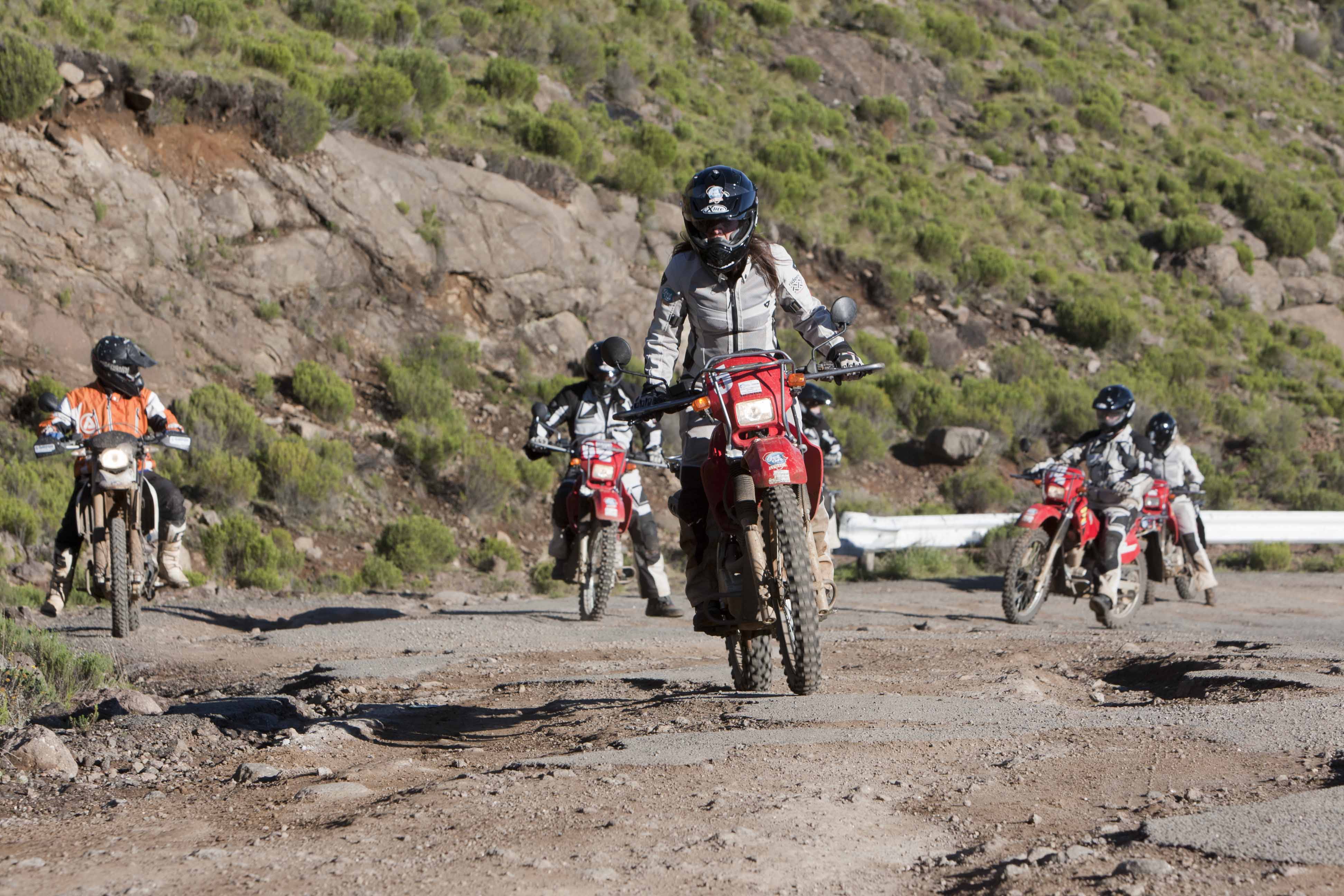 One such region that struggles is Lesotho, which is a landlocked region enclosed entirely by the Republic of South Africa. Here 40% of its population live below the international poverty line of $1.25 a day.

Lesotho is just one example of why the Riders For Health charity was started. It’s one of the few charities that shows the maintenance of a single aim; that is to ensure health workers in Africa have reliable motorcycles so they can reach even the most remote villages and deliver medical support.

Three years ago Riders For Health concentrated their efforts in Lesotho, mainly because the people living in the mountainous regions were living out of reach of any kind of healthcare but also because Lesotho has one of the highest rates of HIV in the world; almost one-in-four people live with the disease. Motorcycles are therefore the best way to reach the villages that are really high up in the hills.

Every day, Riders is helping more healthcare workers and nurses learn how to ride and maintain motorcycles so they can continue to reach the people that need their help. For the healthcare workers, many of who have never ridden a motorbike, learning how to is something they never expected to be doing.

Of course, the charity needs to raise money. To put the costs into perspective, here’s what individual amounts achieve:

To bring  further awareness to Riders’ cause, last week five celebrities returned from Lesotho having ridden motorbikes to clinics in the region. Called ‘Get On Africa’ the celebs made a series of videos and blogs about their experiences. And while celebs are often used in all kinds of promotion these days, it’s clear from the daily videos that by day 5, they all had come to realise the true essence of what Africa faces – and the importance of mobility which is so easily achived by an engine and two wheels.

All five of them had to learn how to ride before they went to Africa and in the video below, you’ll see how it’s vital that these healthcare workers not only get the bikes in the first place, but they’re taught how to keep them maintained. Riding is one thing but unless you can fix the bike, you won’t be getting anywhere. In the UK it means the difference between getting home or not whereas in Africa it means the difference in getting someone medicine or later hearing they didn’t make it.

The expedition was organised by Get On, a campaign which the whole of the UK bike industry is supporting with the aim of promoting the benefits of life on two wheels. The campaign is all about showing the positive impact bikes can have on society as well as how easy and accessible it is to learn…something I’d say they’ve shown well in their videos. See more at Get On’s YouTube channel here