Defender driven 20,000km to the Pole of Cold

“The Defender has not just been a mode of transport during the Expedition,” says adventurer Felicity Ashton. “It has been our security and our talisman.”

These words come as Felicity and her colleagues Manu Palomeque and Gisli Jonsson, have reached the Oymyakon region in Russia – a place nicknamed the ‘Pole of Cold’. It got the name back in 1933 when a temperature of -67.7 degrees Celsius was recorded – and it has also been the name for this expedition funded by Land Rover, The Royal Geographical Society and the Institute of British Geographers. The team is now driving 15,000km BACK to England.

“The Defender can be heated even when the engine is off,” said Felicity. ” Which means it has been a refuge for us when the temperatures outside have been really punishing.”

The reason why this region in the world gets so cold is because it tends to get lots of high pressure weather systems which keeps the sky clear of clouds, so any heat there is, can easily escape and radiate out. It leaves the air near to the ground in double minus figures. 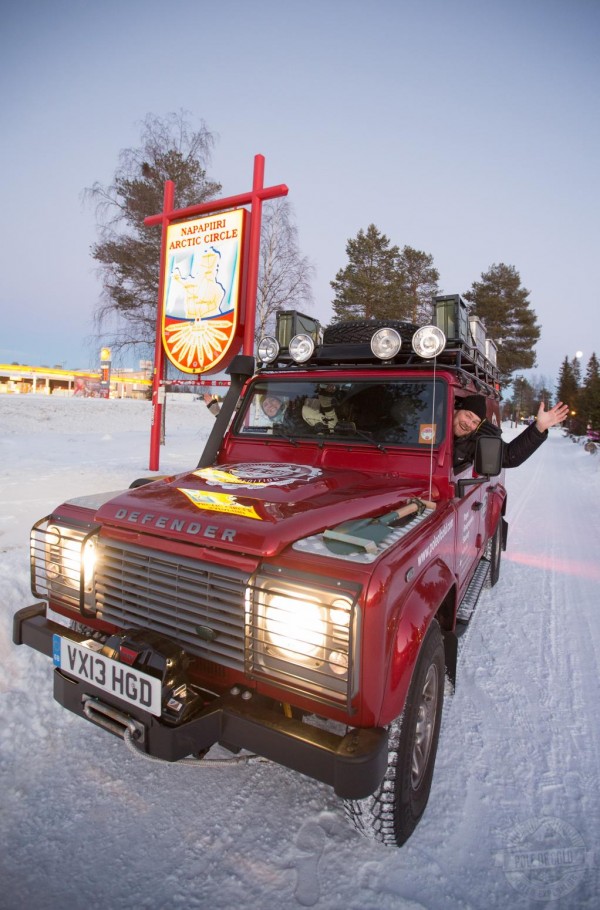 Felicity said the modified Defender has had lots of attention. “It’s led to lots of interactions and encounters that wouldn’t have happened otherwise,” she says.”And being red helps to get us noticed. Right the way across Siberia we’ve been getting hoots and thumbs-up, waves and smiles. Pedestrians in the street come up to pat the bonnet in approval and we’ve come to recognise the phrase ‘Machina Harosho’ (Good Car). Getting such appreciation makes the driving a lot of fun.”

As well as the adventure of driving through such cold conditions, the team also joined the Skolt Sami of Finnmark for their annual reindeer roundup, watched the aurora, walked across a frozen Siberian river in moonlight, celebrated Christmas Day three times and have sung along with Tuvan throat singers on New Years Day at the Centre of Asia.

While Felicity has been leading, Manu Palomeque has taken photographs and is film-maker and Gisli Jonsson has been vital to the expedition as he’s a highly experienced cold-weather engineer, mechanic and winter driving advisor.

Their return route will take them through Altai in southern Siberia, then into Kazakhstan and then back through southern Scandinavia, eventually returning to Harwich and London. Once back in the UK the team plan to run an exhibition of their findings across the UK, as well as publishing their findings and photography from the trip. Some of the material will even be used to help teach the new Key Stage 3 National Curriculum, which covers Russia and Cold Environments.

Felicity made it very clear how thankful she is for the support of others for the expedition, “We are only here thanks to the time, energy and enthusiasm of many people and we are really grateful for that, ” she said. “Along the way we have seen the gradual change of the people, culture and landscape around us – and of course the climate. We really have chased winter all the way to the Pole of Cold and it has been an incredible, unforgettable and enlightening experience.” 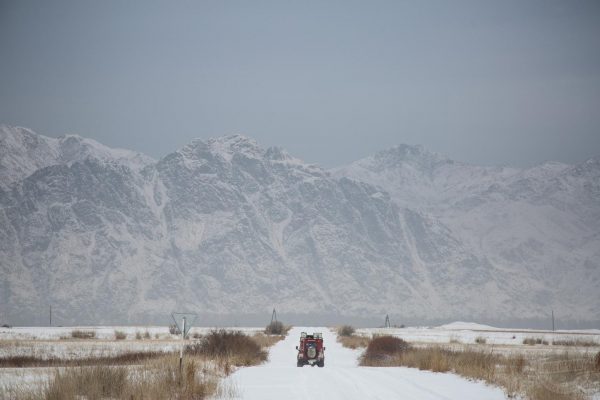 Anyone interested in applying for the 2014 Land Rover Bursary should visit www.rgs.org/LandRoverBursary