Michael Ventre to swim across the Atlantic Ocean in 2017 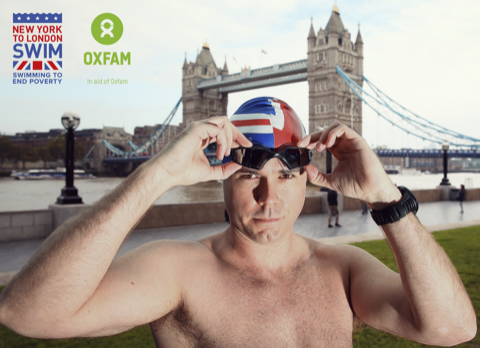 IN April 2017, 37-year-old Michael Ventre wants to swim the 3,800 miles across the Atlantic Ocean from New York to London.

Yes, you read that right.

The never-attempted-feat is expected to take between five to eight months. He will be wearing only trunks, goggles, cap and lard/Vaseline – and will swim alongside a support vessel where he will rest in the evenings. A GPS reading will be taken each time he leaves the water so he can go back in the next day exactly where he came out.

Michael successfully swam the English Channel in 2011 and has completed two other ‘Oceans Seven’ extreme swims since – the Molokai Channel in Hawaii and the Catalina Channel in Los Angeles. He also swam from Robben Island to Blouberg in Cape Town in 2013 in freezing shark-infested waters and has become an accomplished ice swimmer, participating in the Winter World Championships in Latvia and Finland.

Michael has dreamt of swimming seemingly impossible distances since the age of ten when he watched England’s Thomas Gregory becoming the youngest person to swim the English Channel on TV in 1988.

He is taking on this adventure with the aim of raising £5 million for Oxfam and to also show that the seemingly impossible task of eradicating poverty around the world doesn’t have to be impossible at all.

As such, Michael is on the lookout for sponsorship, crowdfunding and donations. He needs to raise an initial £40,000 to get the effort off the ground – interested donors and sponsors can get in touch with him on the website – and you can also read and watch a bit more about this amazing undertaking.