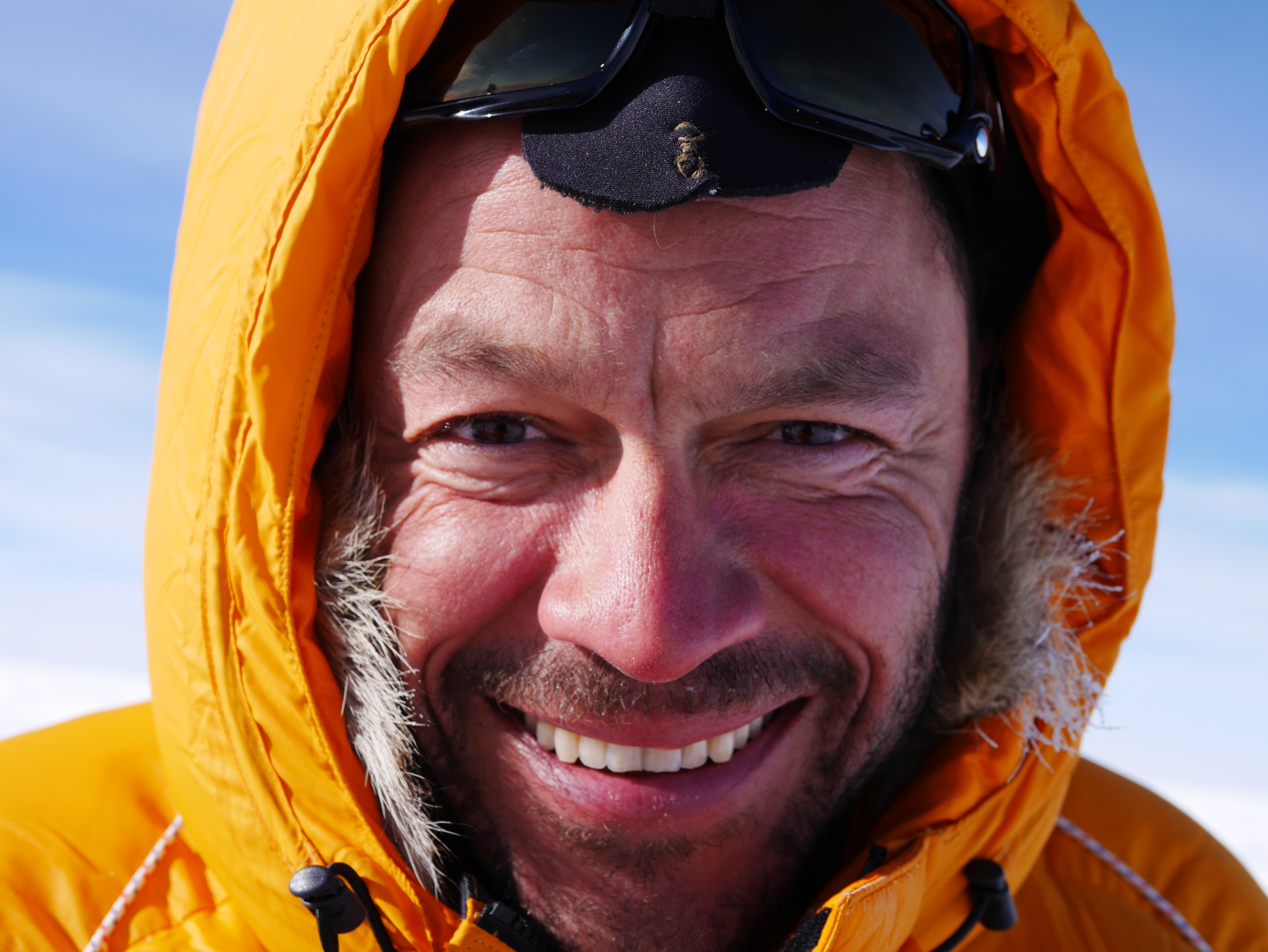 THIS is a photo of the actor Dominic West who is part of Team Soldier On.

He’s shattered but still smiling and as the team leader, Eric Philips, says, Dominic is a “very amusing asset to the team and always has a funny line to keep his tent mates amused, along with endless impressions and lines from films, he is hilarious to be around and is coping really well with the Antarctic conditions.”

Kind of makes us wish we were there with them.

Yesterday Eric Philips was suffering with shortness of breath and altitude sickness. Reports from the expedition doctor say that Eric will hopefully rejoin his team after the rest day.

At the end of Day 4 of the Virgin Money South Pole Allied Challenge , Team Glenfiddich is still in front having covered an outstanding distance  of 24 km. Team Soldier On extended its hold on second place after covering 24 km too. Team Noom Coach have slipped further behind though after a slightly shorter 21 km.