Modified Defender for the Trail By Fire expedition 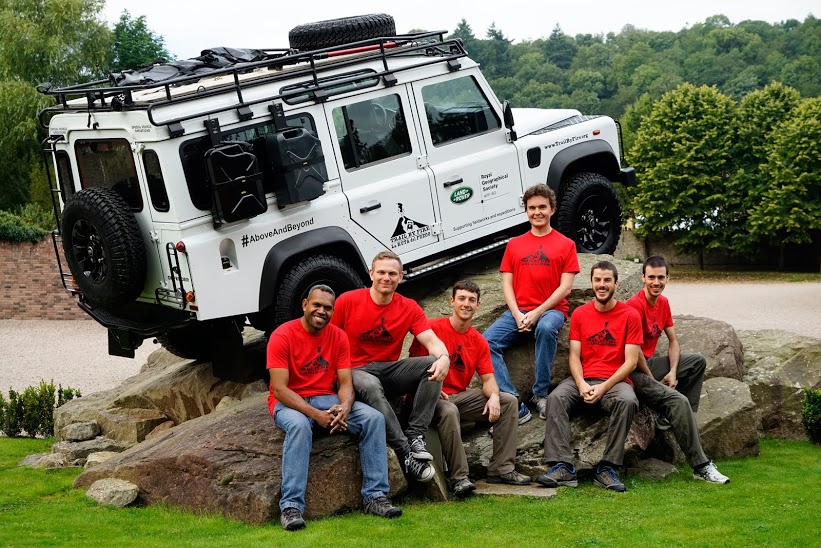 IF you’re planning to drive 2,500 miles along the length of the Nazca tectonic plate to study volcanoes then you need a vehicle you can rely on.

Which is why this Land Rover Defender has been modified with a suite of instruments and drones so it can be used as the world’s first 4×4 mobile volcano observatory.

A team of six volcanologists (pictured above) will drive the Defender along the entire 2,500 mile length of the Nazca tectonic plate (Peru to Chile) to record data about volcanic gas emissions. 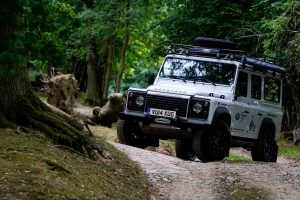 The research is crucial to our understanding of how volcanic gas emissions affect the Earth’s atmosphere. It will also help scientists reduce the uncertainty in climate modelling.

Called the ‘Trail by Fire Expedition’, the team won an annual bursary from Land Rover and the Royal Geographical Society (with the Institute of British Geographers). They will receive £30,000 of funding and the use of the modified Defender.

The Defender itself has been created by Land Rover’s Special Vehicle Operations (SVO) at its Oxford Road facility in the UK to create the world’s first 4×4 mobile volcano observatory.

Using the Defender’s off road capabilities and a specially designed UAV fleet, the team will be able to get the instruments to previously inaccessible locations.

To enhance the analysis, the team is also integrating their observations with satellite images, with the assistance of scientists from NASA.

Team leader, Yves Moussallam, 27 said: “We are overwhelmed that Land Rover and Royal Geographical Society have chosen our project as the winning expedition for this year’s bursary. The funding and loan of the Defender make this project possible and we can’t wait to get started. There is no doubt that this is an ambitious project but we hope to reveal some ground breaking findings and have an extraordinary adventure along the way.”

Mark Cameron, Jaguar Land Rover Experiential Marketing Director said: “Our partnership with the Royal Geographical Society (with IBG) is important to us as part of our commitment to a contribution to research, education and fieldwork expeditions. This year’s recipients truly embody the ‘Above and Beyond’ ethos which lies at the heart of the Land Rover brand and we are excited to see what findings come out of the research. As we mark the final year of production for the Defender, this is the perfect expedition to showcase the model’s contribution to research.”

The Land Rover Bursary was first awarded in 2007, offering funding and the use of a Land Rover Defender vehicle as part of a partnership with the Royal Geographical Society (with IBG) that stretches back more than 30 years.

The award is aimed at those who want to go ‘Above and Beyond’ to complete a journey of exceptional challenge – with the prerequisite that a Land Rover Defender, with its expert all-terrain capabilities, is an integral part of the expedition.

Here’s a bit about the team. They have all been undergoing driver and mechanics training at the Eastnor land Rover Experience centre.

Dr. Yves Moussallam: Research fellow, Scripps Institution of Oceanography, USA
Team leader Yves has extensive experience planning and running expeditions on active volcanic systems. Yves’ expertise is in negotiating and planning trip logistics which will be crucial to this expedition. Yves is also the team medical officer, a role he previously assumed in past expeditions including during an Antarctic field season. Yves’s previous expeditions have taken him all over the world to Indonesia, Chile, Costa Rica, Ethiopia, Slovakia, Sicily, Iceland, Antarctica and Far North Canada.

Dr. Nial Peters: Postdoctoral fellow, University of Cambridge, UK
Nial has experience of three Antarctic field seasons working on an active volcano. If anything breaks, Nial can fix it in the blink of an eye, he also has extensive experience in off-road driving. Nial’s research has taken him all over the world with past expeditions in Chile, Ethiopia, Sicily, Iceland, Antarctica, Russia, China, and Norway. 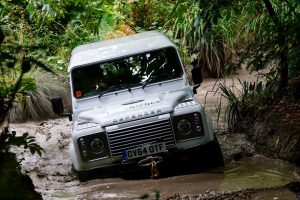 Dr. Philipson Bani: Volcanologist Institute of Research for the Development, France/ Indonesia
Philipson has seen more volcanoes than the rest of the team put together. Among other achievements he provided the first gas measurements at several active volcanoes of the Vanuatu archipelago. He has extended experience with off road driving and expeditions on active volcanoes and is currently exploring volcanic degassing across the Indonesia archipelago (78 active volcanoes).

Dr. Ian Schipper: Lecturer, University of Wellington, New Zealand
Ian is a self-taught mechanic, his skills will be put to good use during the expedition. He will join the team for the most challenging part, in the Altiplano. Ian has driven Land Rover Defenders on past expeditions to Mt. Etna, Sicily. He has experience in direct sampling of volcanoes ranging from submarine Hawaiian seamounts to Japanese volcanoes. He is an expert in magma-water interaction and eruption dynamics using textures in volcanic rocks.

Aaron Curtis: PhD Candidate, New Mexico Institute of Mining and Technology, USA
Aaron is the expedition UAV pilot. He has extensive volcano fieldwork experience including geophysical and geochemical investigations at Yellowstone, USA, Ecuador, Chile, and six Antarctic field seasons. He has worked at Los Alamos National Labs developing and operating UAV’s as a faculty guest researcher. He has previously flown multirotor UAV’s at volcanoes including Erebus, Villarrica and Cotopaxi. 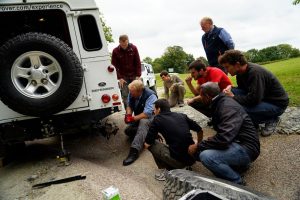 Dr. Talfan Barnie: Postdoctoral researcher, The Open University, UK
Talfan is the expert in remote sensing of volcanoes using satellites. He will be the team’s “eye from the sky” and work on linking our surface measurements to satellite estimates so that the activity of each volcano can be tracked back in time. Talfan has past experience on active volcanoes in Ethiopia, Iceland and Sicily and will join the team on the last part of the trip in Chile.