Over 27,000 miles in an autogyro called Roxy 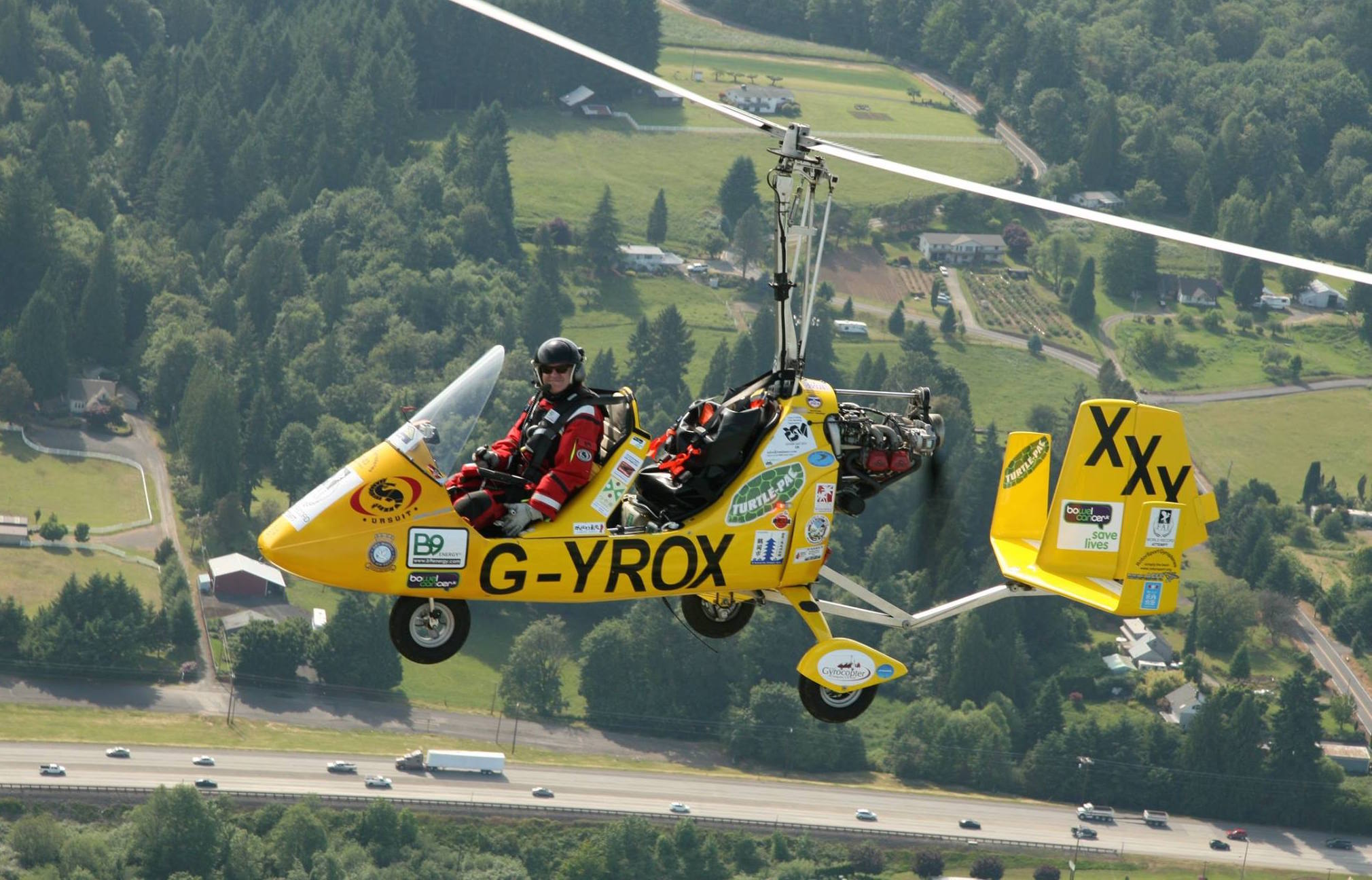 Long time readers of Adventure 52 might recall our feature on Norman Surplus back in one of our first ever digital magazines here back in 2011.

His aim was to become the first ever person to fly an autogyro round-the-world and last week he completed the flying adventure, choosing to land at the Evergreen Aviation and Space Museum in the state of Oregon to officially complete his circumnavigation of the globe.

Norman has flown some 27,000 miles through 32 countries and has also become the first to fly an autogyro over the Atlantic Ocean.

While it has taken him nine years to finish, he hasn’t continually been flying the whole of that time, having to halt the adventure temporarily when facing difficulties with permissions to continue.

Earlier this year, Russia finally gave him the permission he needed to fly 5,000 miles across the the country and he was joined by a fellow gyrocopter pilot for this leg, namely James Ketchell, an adventurer who is the first person to have rowed the Atlantic, climbed Everest and cycled around the world.

Norman said at the finish line: “I’m mighty relieved to be here. It’s a great feeling to have finished what I started right back in 2010 and a bit of aviation history I suppose.”