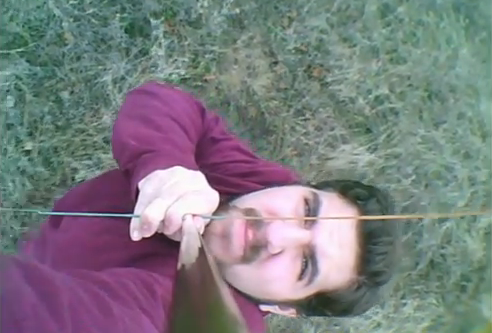 BOWS and arrows have long been used by man on adventures but few have perhaps given any thought to what it’s like to be the arrow.

Jeremiah Warren has though.

He attached a wide angle lens to an arrow and recorded the footage of it being shot up into the air in different ways and angles.

But it’s not just the visuals that are intriguing, it’s the noise of the twang as the arrow is fired, to the swoosh of the air to the final ‘tutt’ as it buries itself into the ground which is equally amusing.