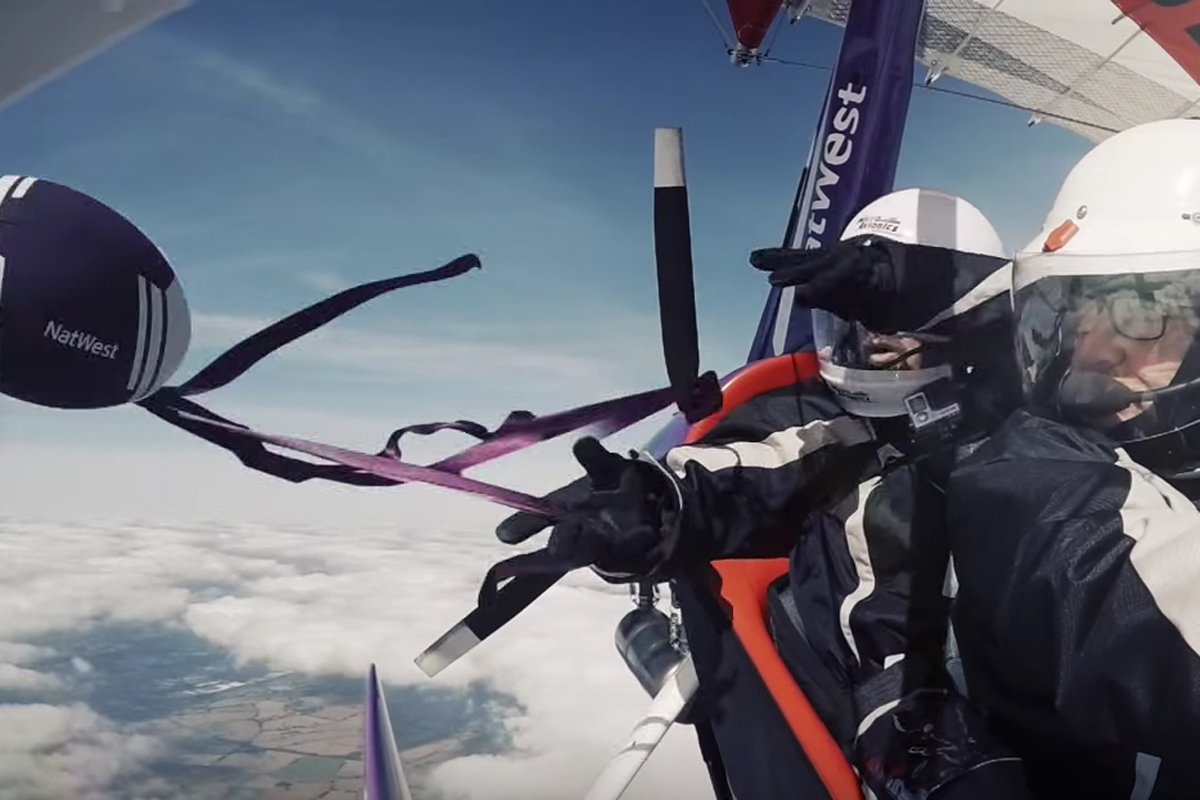 OF all the ways NatWest could show its support for rugby at a grass roots level – this video of a rugby ball being passed at 6,000ft is the best.

NatWest says it is supporting over 680 rugby clubs throughout England and Wales via its RugbyForce campaign this year – and the bank has created the video below of rugby player Shane Williams making a pass to skydiver Gary Connery – surely to go down as one of the most exciting passes he’s ever made.

Two pilots from P&M Aviation flew Shane and Gary up to 6,000ft in the manufacturer’s GT450 microlights (the same makers of the PulsR microlight).

Shane then passes a rugby ball out of the back seat of the GT450 microlight towards Gary in the other microlight who then dives out after it.

With the rugby ball falling at high speed, it’s a race against time as Gary Connery pursues the ball in his wing-suit.

We’ll let the video (called The Flying Winger) do the talking, but also check out the “making of video” too.

At the end of watching this you’ll either want to go and play a game of rugby or you’ll want to go flying. But maybe not both at the same time like these boys did…