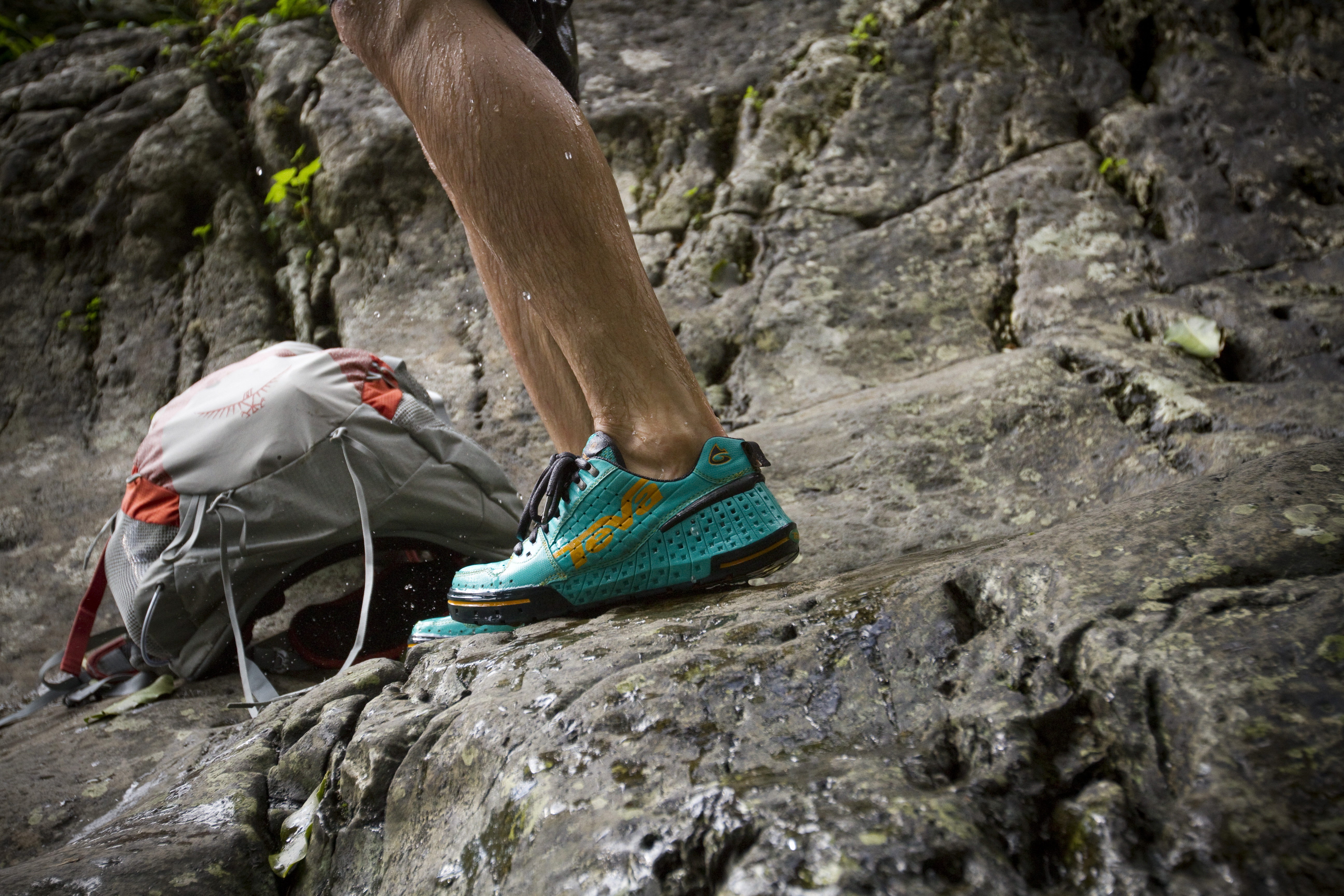 WHEN Wakeskaters moaned about not having footwear specific to their sport, Teva listened.

The result are these trainers called the Gnarkosi – perhaps a play on the two words ‘Gnarly’ and ‘Cosy’ – and they’re just what the wakeskater ordered.

Wakeskating is a take on wakeboarding where instead of being attached to the board, we simply stand on it in normal trainers – just like a skateboard. This opens up the possibility for more technical skateboarding-influenced tricks like kickflips, as well as the use of water obstacles like rails and ramps. Of course, it takes balance and control to a whole new level. So the main thing wakeskaters want from trainers are great grip, board feel and drainage – a way of letting the water escape – and if you look closely you can see the Gnarkosi has holes in to let the water drain out. For grip, it has Teva’s Spider Original Rubber on the bottom which has already proved it’s superior grip in wet conditions on other footwear in the Teva range. Notice too that the sole of the Gnarkosi is completely flat allowing the biggest contact area possible with the board.

It’s also made from materials which won’t soak up water – known as Hydrophobic (scared of water). The idea is that even over long term use the materials won’t become wet and mouldy. 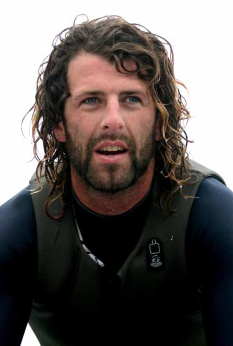 One wakeskater recommending the Gnarkosi is Matt Crowhurst, a 30-year-old from Birmingham who has been in the top 5 wakeboarders in the UK for over 10 years. His many accolades include being National Wakeskate Champion, European Junior Wakeboard Champion, Rococo Rail Champion and a 5th place in in the European Wakeskate Championships. Until now, Matt had been wearing everyday skate shoes but these quickly became heavy and waterlogged which is why he’s so pleased to finally have some footwear specific to the sport. He says,

“Wakeskaters need shoes that offer superior grip and traction, along with excellent drainage, protection and board feel – which is why I think the Gnarkosi is the ideal wakeskate shoe.”

But the development of this trainer for wakeskating threw up an unexpected result – this was that the trainers could also be worn in other adventure activities when the wearer accepts that they’re going to get their feet wet – such as river walking, canoeing. As Teva’s product line manager, Chris Hillyer explains.

“We built the Gnarkosi to be the ideal wakeskate shoe, but along the way found that it has the versatility, performance and styling to make it perfect for lots of other adventures.”

Even if you’re not about to take up wakeskating, the Gnarkosi is a great everyday choice – especially if you plan on playing around rivers and streams this summer.

The Gnarkosi comes in men’s and women’s versions and are available at specialist retailers and www.teva.co.uk.