Antiquey expedition on a raft made from water pipes 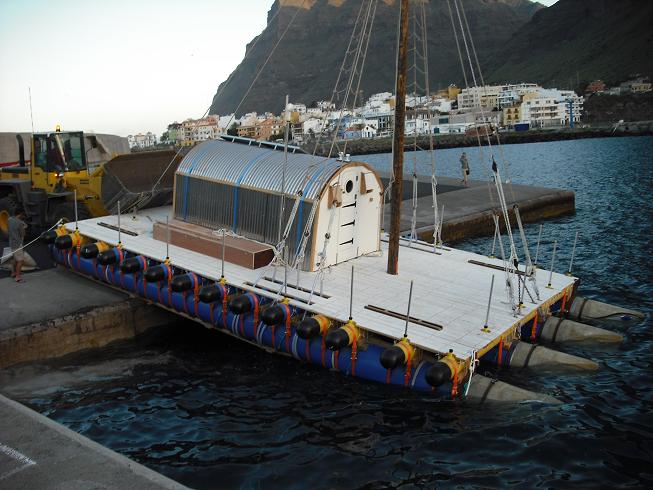 IN 1947 the Norwegian explorer and writer Thor Heyerdahl and five others set sail from South America to the Polynesian Islands on a wooden boat they called Kon-Tiki.

Named after the Inca God, there was no metal used to construct the boat – it was simply made of logs lashed together.

Today, some 64 years later, a crew of five is currently on the Antiquey expedition and part way across the Atlantic on a raft made out of four 12-metre long water pipes – the kind used to carry water underground but now sealed with air for buoyancy. On top of these sit fourteen smaller pipes, seven of which contain fresh drinking water.

And while Thor called his raft Kon-Tiki, the 84-year-old Captain of this raft, Anthony Smith, has called his raft An-Tiki, a play on his name and a nod to the original Kon-Tiki raft. But the name also means ‘Antiquey’, describing the fact that the average age of the crew is 65. 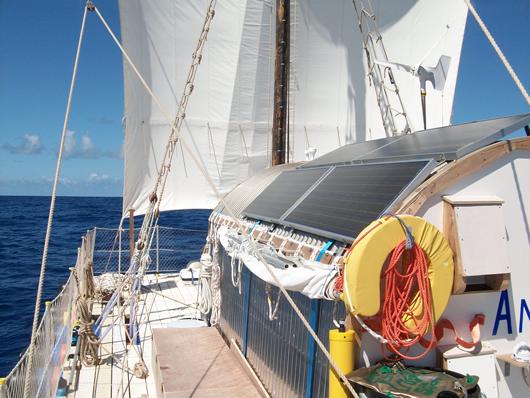 As project director, Robin Batchelor explains, Mr Smith’s naming of the raft ‘Antiquey’ is his way of bringing attention to the fact that just because you’re old, it doesn’t mean the adventures have to stop. Robin adds, “If Anthony had to have a reason to do this then he wanted to show that just because you’re 84 with a walking stick, it doesn’t mean that you can’t behave like a teenager.”

While Thor’s aim was to show that people from South America could have settled in Polynesia another of Mr Smith’s aims is to bring attention to the fact that many of the world’s population don’t have access to clean drinking water. Where better to prove this point than by sailing over salt water for 70 days on end? Money raised from the expedition will go to the charity WaterAid. In the case of the Kon-Tiki, the crew carried 275 gallons of drinking water in fifty-six water cans.

The crew launched from the Canary Islands in January and their final destination will be the Island of Eleuthera in the Bahamas. For the critics out there, the crew wrote on their website that their well constructed vessel “is certainly far safer than taking a bus to Timbuktu”. 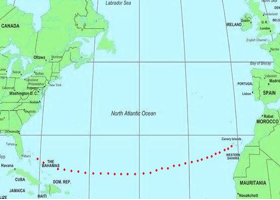 Mr Smith is also a balloon pilot and in 1962 led The Sunday Telegraph Balloon Safari over East Africa. The following year he became the first Briton to fly over the Alps by hydrogen balloon. He is joined on the raft by skipper David Hildred, 57; Andrew Bainbridge, 57; and John Russell, 61. The three joined after answering an advertisement placed in the Sunday Telegraph five years ago. 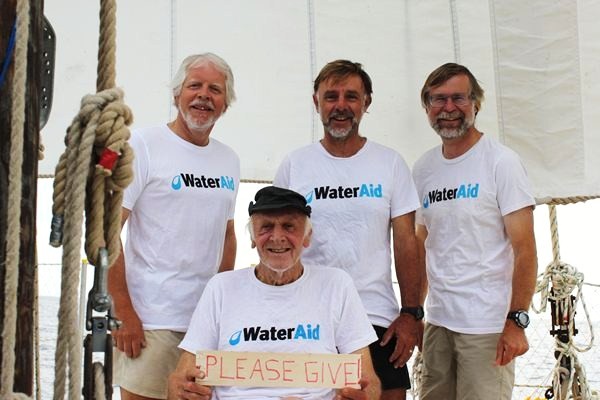 Thor and his crew sailed the raft for 101 days over 4,300 miles across the Pacific Ocean before smashing into a reef at Raroia in the Tuamotu Islands on August 7, 1947. The crew made it to land and all returned safely.

Here’s wishing the crew of the An-Tiki a safe return and successful journey to the Bahamas.