A climber's journey of endurance, risk and going beyond limits 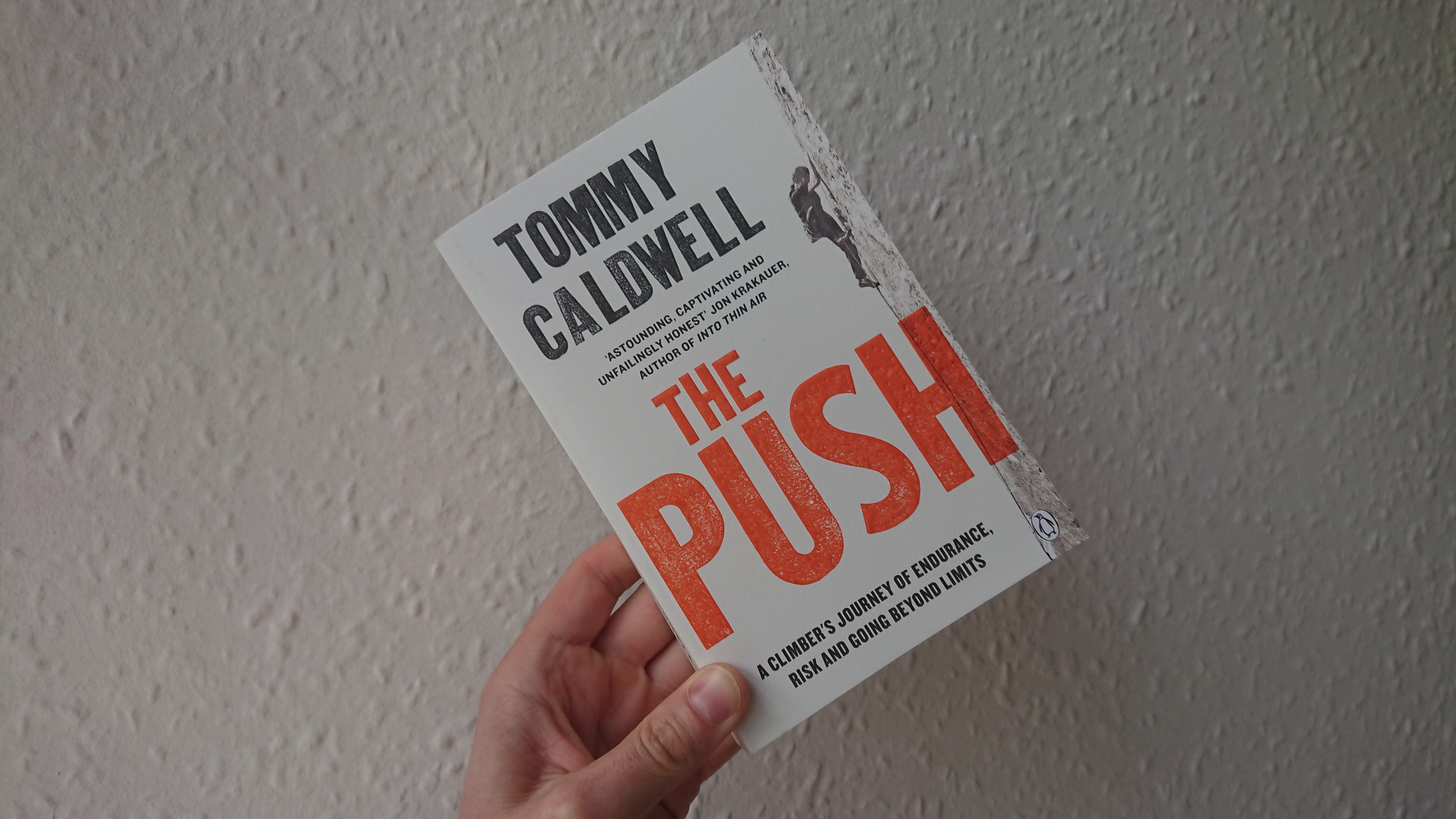 Three years ago Tommy Caldwell became the first person to free climb the Dawn Wall on El Capitan in the Yosemite National Park.

He’s now written an adventure-memoir called The Push that chronicles how he became a climber and what drives him to keep on pushing forward.

In his twenties, Tommy was held hostage by militants in the mountains of Kyrgyzstan, a hugely traumatic incident, which ultimately led to the breakdown of his marriage. He also lost the index finger from his left hand in a freak accident.

His book goes in to detail about how he set about free climbing El Captain’s biggest, steepest and most treacherous route – something that took seven years to plan.

During this same time period Tommy found love again and became a father.

Enjoy the short extract below.

December 30, 2014. Day four, year seven, the Dawn Wall. Twelve hundred vertical feet climbed free, eighteen hundred to go. We hear the wind racing from a half mile away, a roar in the darkness mixed with the pitch of a scream. The volume rises, drowning out all other sounds. We sit like gargoyles, legs stuffed in sleeping bags, backs against the wall. Kevin, my climbing partner, clutches the straps of our hanging tent and forces a smile. I can read his lips: “Hold on tight.” A deafening whap-a-pap-pap resounds with the cadence of a machine gun. It’s just fabric slapping the granite, but an involuntary shiver rattles inside me, shaking loose a decade-and-a-half-old memory born from the smell of exploding rock and visions of blood pooling onto the alpine tundra. A sudden updraft swirls beneath the portaledge—our home, roughly the size of a sheet of plywood, with nylon strung between the aluminum frame and draped over its top. The floor begins to lift, and for a moment we hover in space, as if riding a magic carpet. I picture the three-eighths-inch stainless steel bolt from which we and all of our gear hang. Then the wind abruptly stops and the ledge crashes down, straps snapping tight. Each morning starts the same. I wake thinking about how to unlock the puzzle above. We brew coffee in our little perch and sit in awe as first light graces us—this part of the monolith of El Capitan, in Yosemite Valley, California, has long been known as the Dawn Wall. I brush my teeth, swish water in my mouth, and poke my head outside. I watch my toothpaste fall as I count one, two, three . . . at around ten the white blob disappears into the forest below. I pause and stare at my nine fingertips, cut, raw, but holding together. I often think of how this 1 2 The Push massive climb hinges on tiny details. Millimeters of skin contact and molecules of healing will make or break our ascent. I gaze across the glacier-carved valley, and to the peaks unfolding on the horizon. I watch falcons tackle swallows in midair. Each day I feel the magnitude of my excitement in my restless legs. It’s strange. In most ways I’m a pretty normal guy—self-conscious, shy at times, awkward. On the wall it’s like I come alive; this place changes me. It always has. I take a deep breath and turn to the sheer face rising above. Nobody had ever believed it possible to free climb the Dawn Wall, using only one’s body (primarily fingers and toes) for upward progress, truly climbing, without relying on direct aid from the equipment to hoist oneself up. Legendary figures in the climbing world, some of whom I remember from my childhood, hanging out at our house with my dad, had long wondered if an ascent of El Capitan by any means was even possible. When the first ascent came, in 1958, it was a quantum leap. In subsequent years, countless climbers had made their way to the top following various routes. But freeing the Dawn Wall remained inconceivable. It existed as a kind of “here be dragons” on mental maps of the vertical landscape, virtually featureless and smooth. For me, free climbing the Dawn Wall is an act of purity. Getting to the top under my own power, unaided, is a way to express myself and my love of climbing and life in the grandest form and on the largest scale possible. If successful, and perhaps even if not, I’d validate not only my years of planning, but the entirety of my life. Because of my father, I’d fallen for climbing long before I’d fallen for anything or anyone else. Maybe I was up there as a way to fulfill that love, to make it as real as possible, to let my mind, body, and spirit fully express themselves.