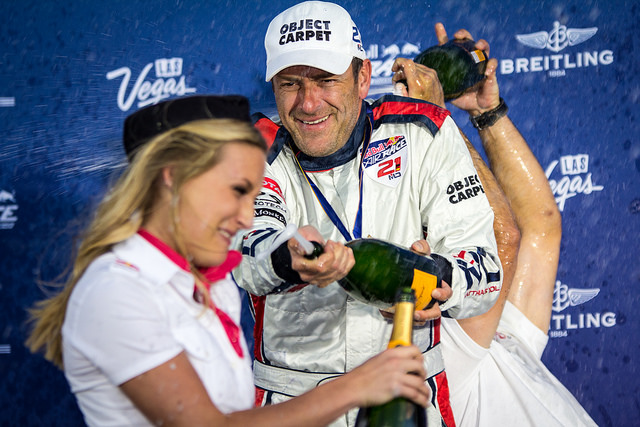 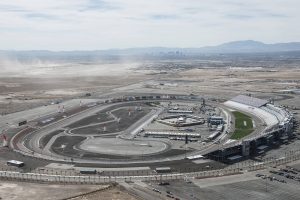 The venue for the final race of the year

The German pilot placed first after the eight-stop international tour, which finished in Las Vegas, USA over the weekend of 15/16 October.

Second was Australian Matt Hall with the late Hannes Arch in third.

Dolderer had in fact already done enough to win the overall championship before he arrived in Las Vegas. A consistently strong performance in every race throughout the year saw him on every podium and as a result he pulled far ahead of the other pilots.

At the end of the seventh race, held in Indianapolis in early October, he had an unreachable lead of nearly 25 points. A race win earns a pilot 15 points, which meant no one could catch him. 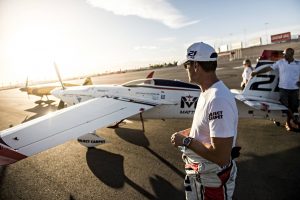 “I couldn’t imagine the emotions I have here,” he said after the race.

“It’s an amazing feeling that pressure is now off.”

He added: “I was confident in every race, because I knew I could be a rocket on the track. I’d say 90% of this game is mental, as we all have planes that can go at the same speed.”

Dolderer started his career in aviation when he was still a child, growing up on his parents’ airfield in Germany.

“When I was five-years-old my parents opened an airfield, so I was always around aviation,” he explained after winning the championship. “When I was 14 I did my first solo in a glider. When I was 17 I got my glider licence and ultralight licence.” 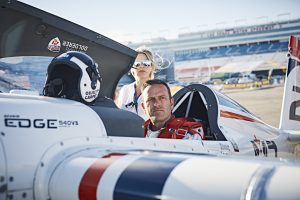 Dolderer went on to fly ultralights and microlights for four years as a member of the German national team, before transitioning into aerobatic flying. He is also an instructor and a commercial pilot.

He credits his success today with that strong foundation in air sports when he was younger.

“I think the basic foundation for all my flying was flying gliders – it gives you a really good feeling,” he said.

“From there on I always knew how to approach the airplane and what to do with it, how to explore the capability of the airplane. Aerobatics and competition flying help a lot.” 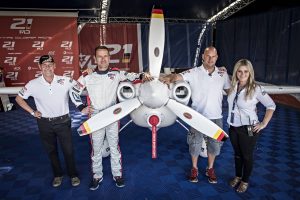 The race in Las Vegas was hit by strong wind that saw organisers struggle with conditions, but the racing did finally get underway at 4pm local time on the Sunday. However, with winds gusting to more than 50km/h it meant racing was interrupted and finally had to be abandoned as air gates were blown over in the high winds. It meant no change in the results since the previous race in Indianapolis.

Pilots must have a strong background in aerobatics before being able to fly in the Red Bull Air Race and must first compete in the entry-level Challenger Class.

That in itself is no small feat: selection for the Challenger Class is fierce – this year it included a former leader of the UK’s Royal Air Force Red Arrows, and the only woman competing, four-time French aerobatic champion Melanie Astles.