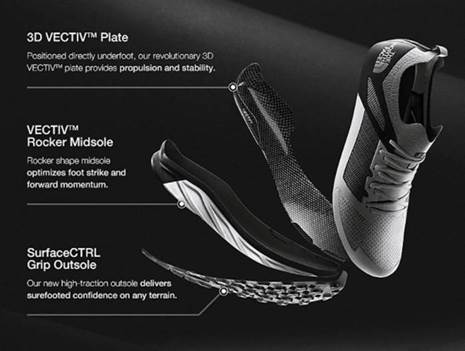 Here’s a bolt from the blue from The North Face – an entirely new item of footwear technology called VECTIV.

It will appear in some of the brand’s trail run, light hike and fast hike footwear from now onwards.

In the Trail Running category, there are three models on offer; the VECTIV Infinite, the VECTIV Enduris and the Flight VECTIV.

In the Light Hike category, there are three models on offer; the VECTIV Hypnum, the VECTIV Escape and the VECTIV Taraval.

And in the Fast Hike category there is the Exploris FUTURELIGHT in a trainer shoe and a mid shoe.

In short, it’s a new sole construction that includes a layer (or plate) of carbon fibre that sits on top of the midsole and an outsole. 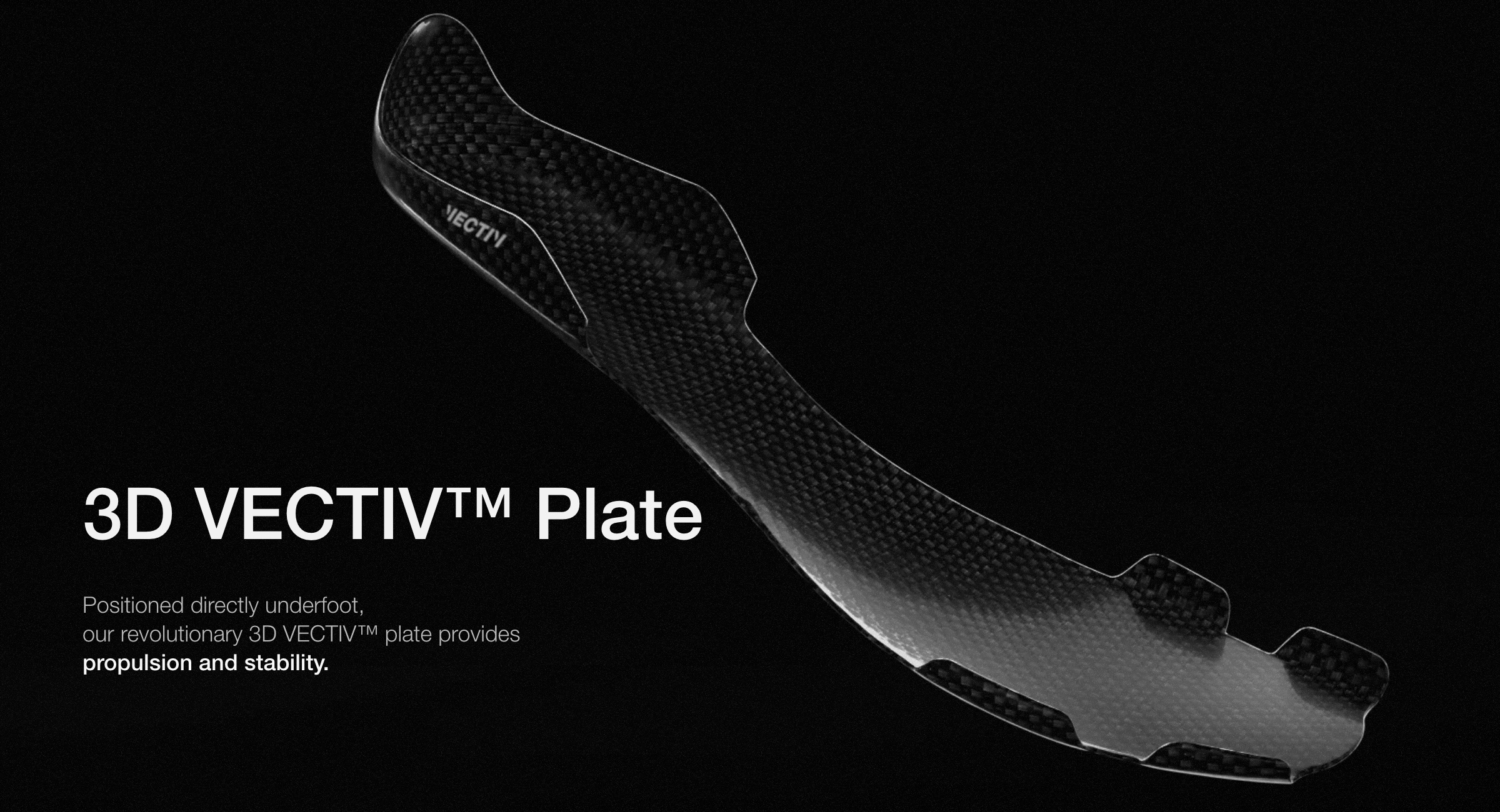 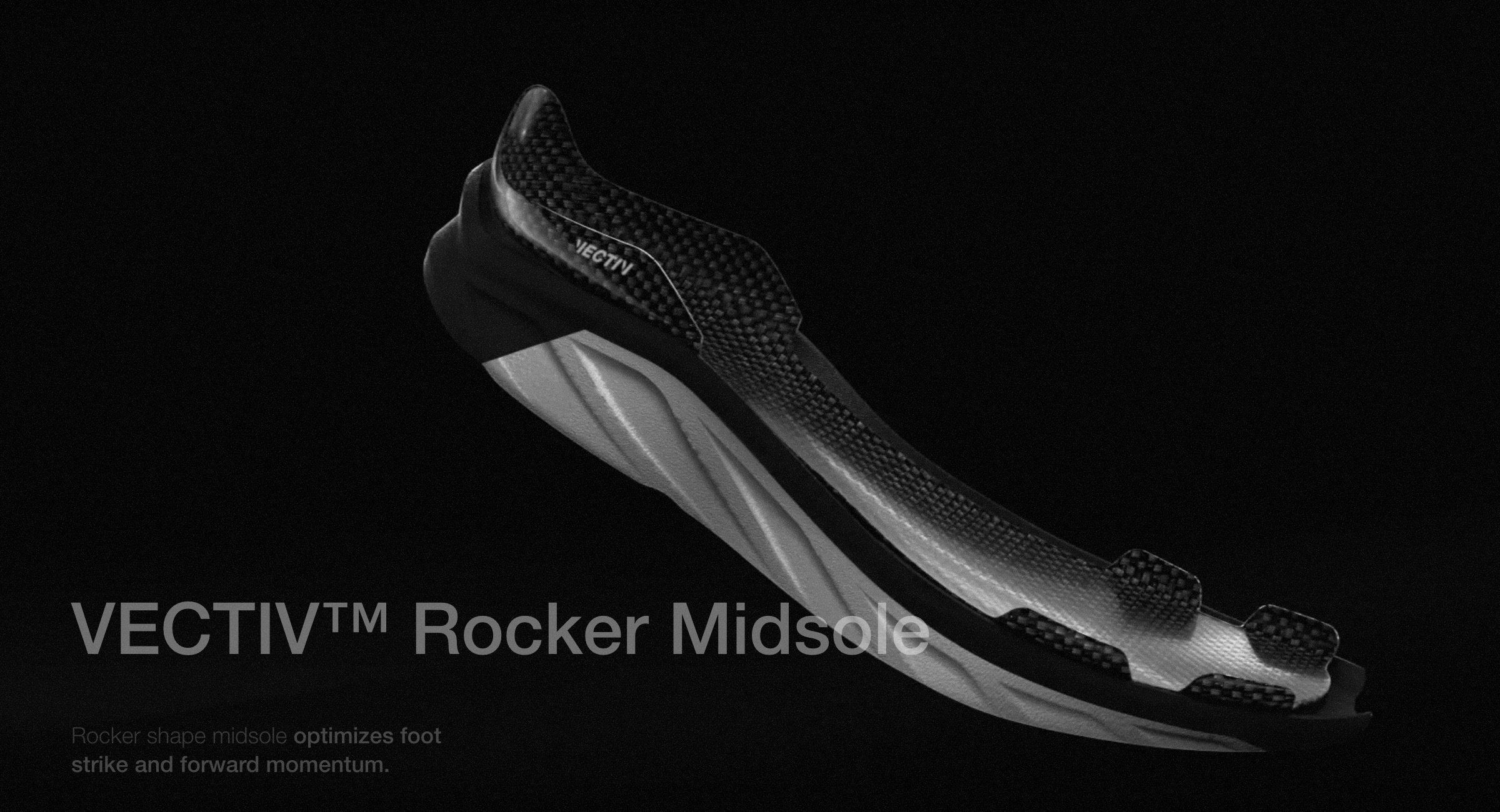 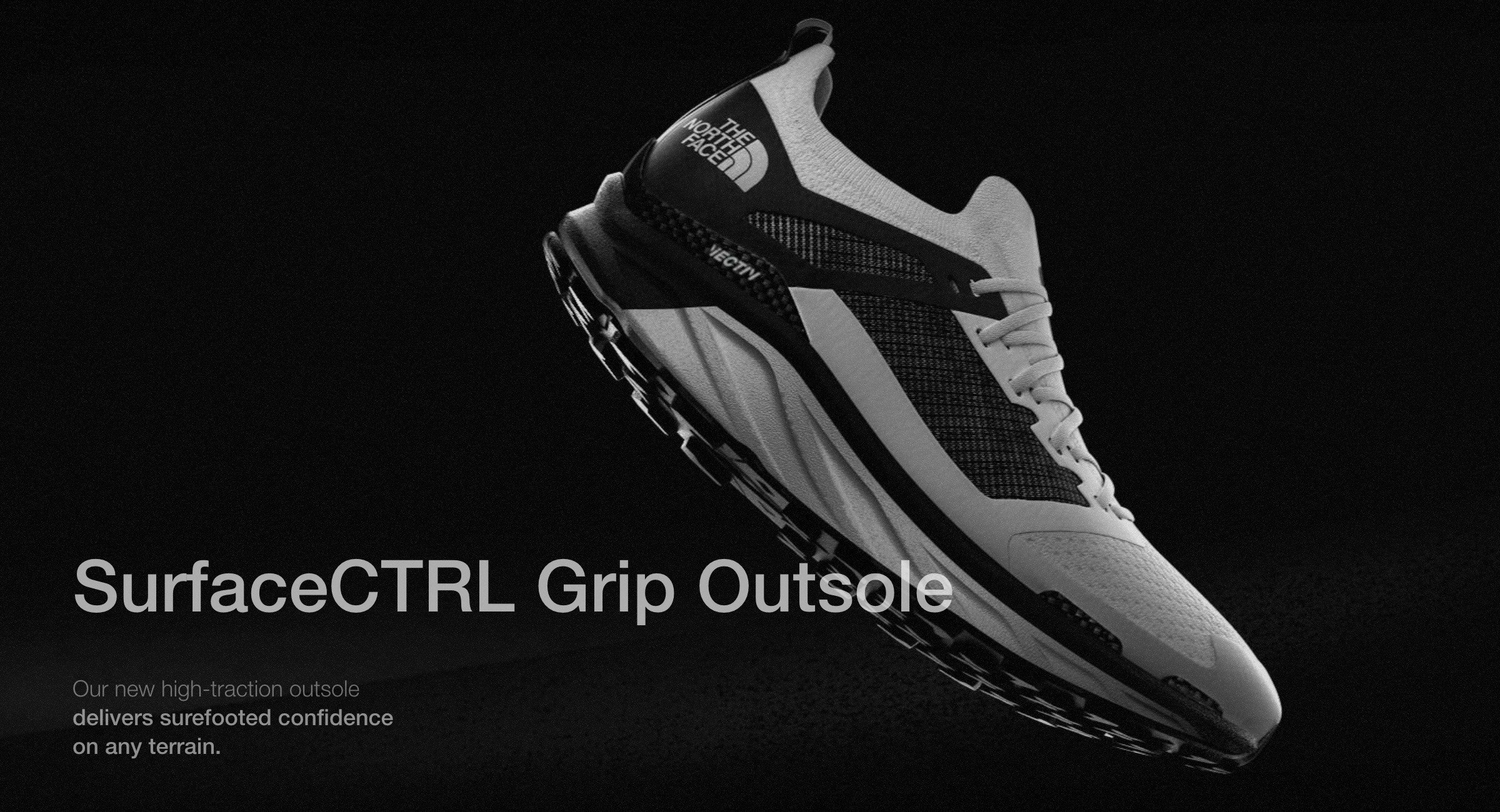 Fernanda Maciel wearing the Flight VECTIV shoes. White looks good, but it’s not the best colour for the trail

The hero item in the Trail Run category is the Flight VECTIV shoe (the Flight Series range is The North Face’s dedicated line of trail running apparel). Turns out that 14 of the brand’s athletes have already been wearing footwear with VECTIV in them over the past year to 18 months for development – and no one outside of The North Face knew. The brand says that the technology has gone some way to help athletes set 17 running records such as Kaytlyn Gerbin’s 18 hours, 41 minutes, 54 on the Wonderland Trail, Coree Woltering’s 21 days, 13 hours and 35 minutes on the Ice Age Trail and Pau Capell’s solo UTMB attempt of 21:17:18.

The Flight VECTIV shoes also reduce the impact force through the tibia bone in the leg when running downhill by 10%, according to studies conducted by third-party research. The North Face says this “allows runners to comfortably log more miles without compounding impact”.

Pau Capell, runner for The North Face says the Flight VECTIV has become his favourite race shoe adding that: “It feels fast but also provides real stability and grip on the descents and these are the moments that make all the difference.” 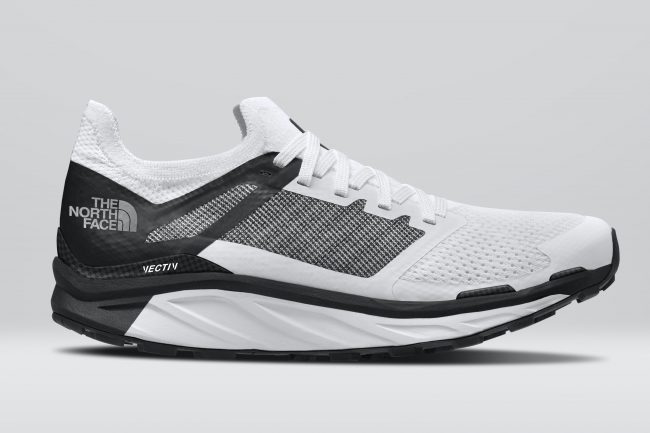 Kaytlyn Gerbin likes them too: “The Flight VECTIV are fast, light, and responsive. The plate gives the shoes a responsive and high-performance feel, and the streamlined upper keeps the shoes lightweight while maintaining the ‘fits like a glove’ feeling.”

They certainly sound like they perform well, but we think The North Face is quickly losing their way with colour choices when it comes to their footwear. Making a white-coloured trail running shoe for running through the mud, dirt and dust? 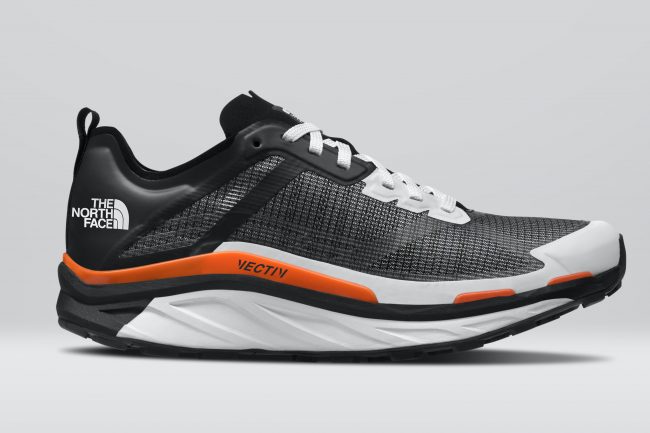 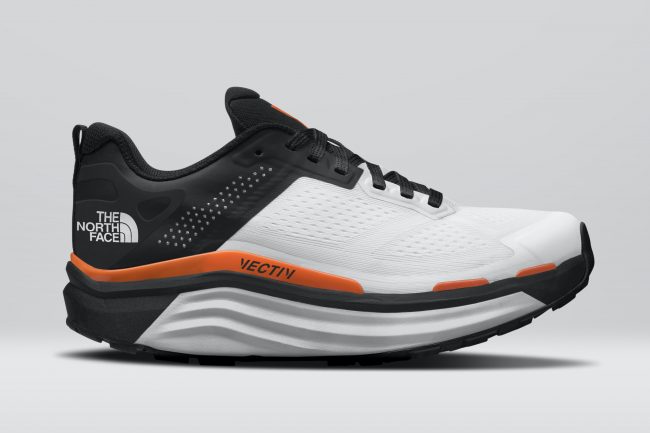 In the Light Hike category, there are three models on offer; the VECTIV Hypnum, the VECTIV Escape and the VECTIV Taraval. 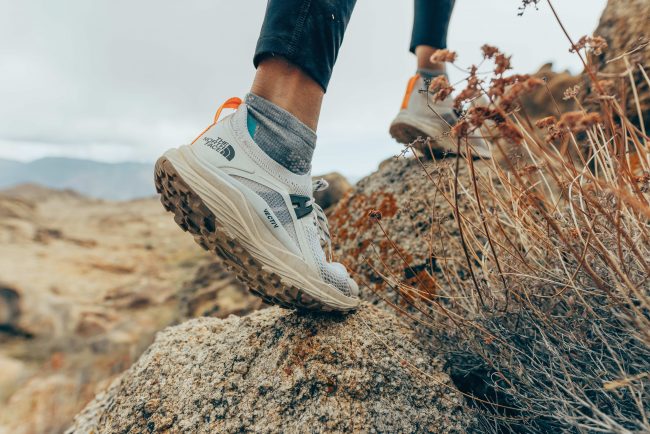 The VECTIV Hypnum is a sporty light hiker shoe 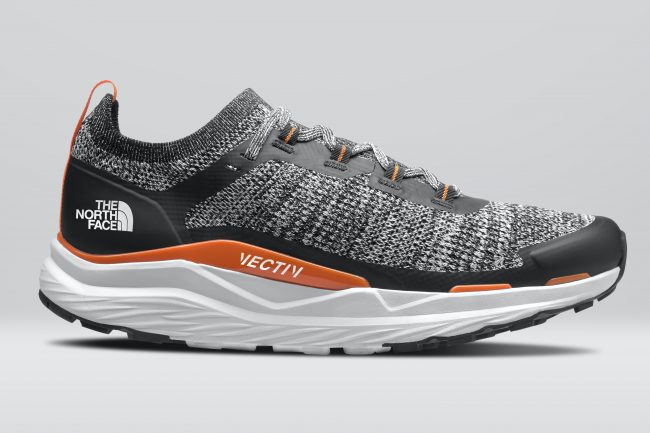 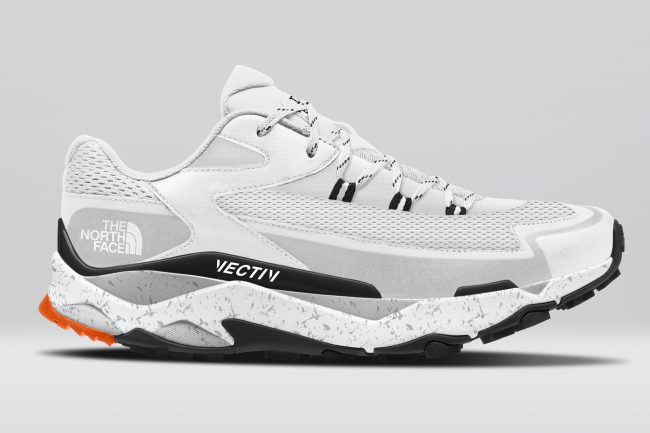 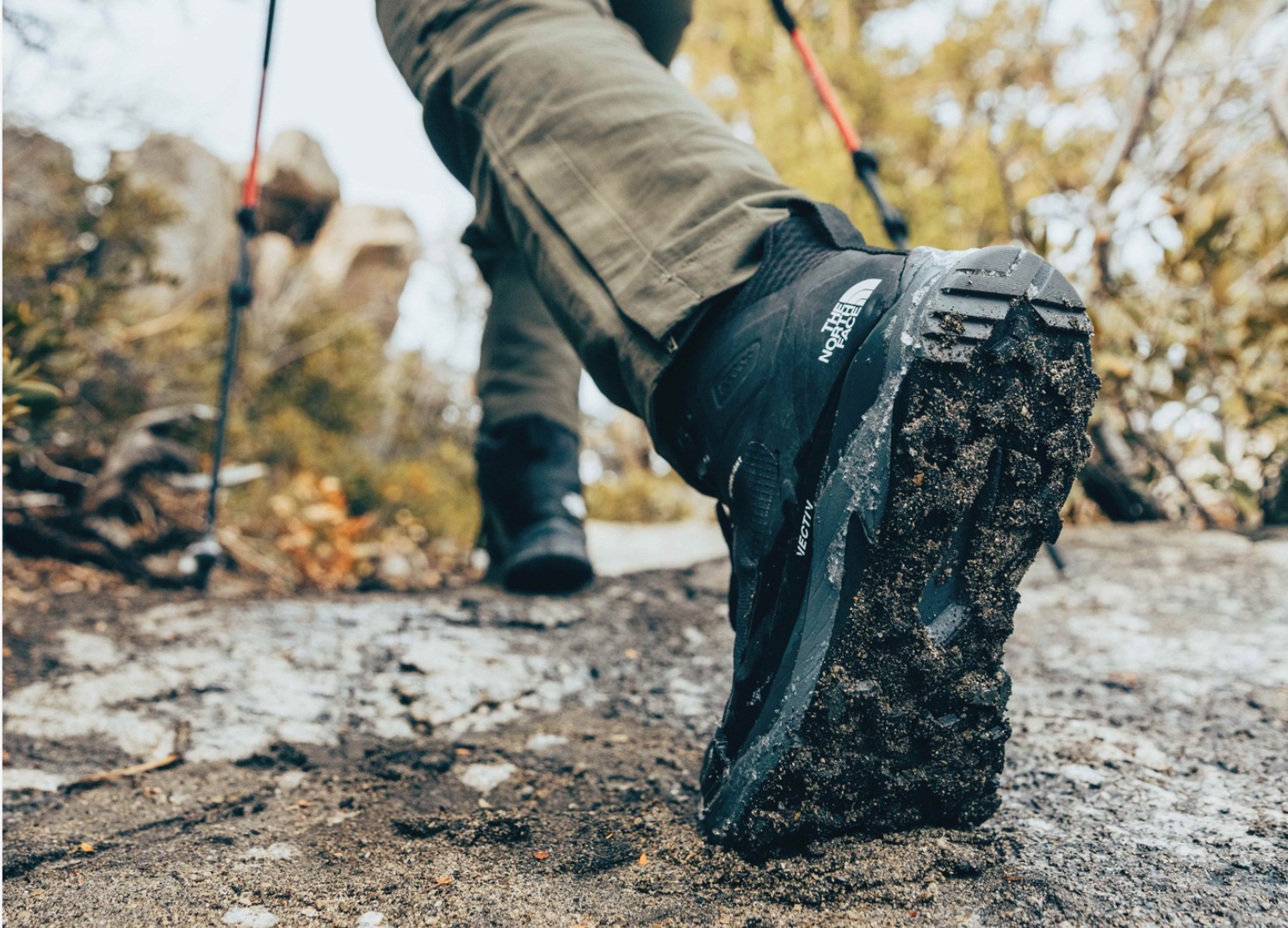 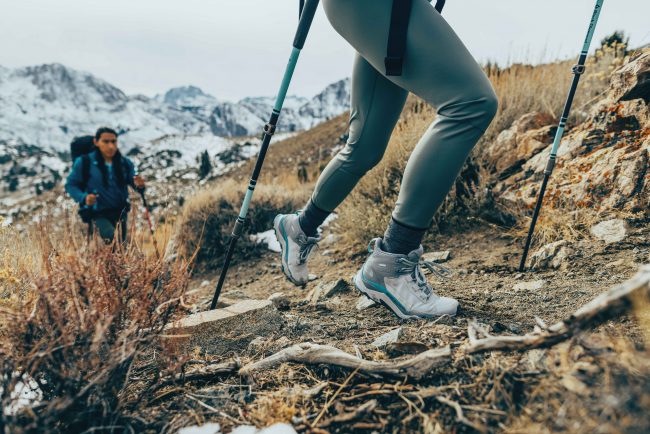 We think these Womens Exploris FUTURELIGHT Mid will be best sellers 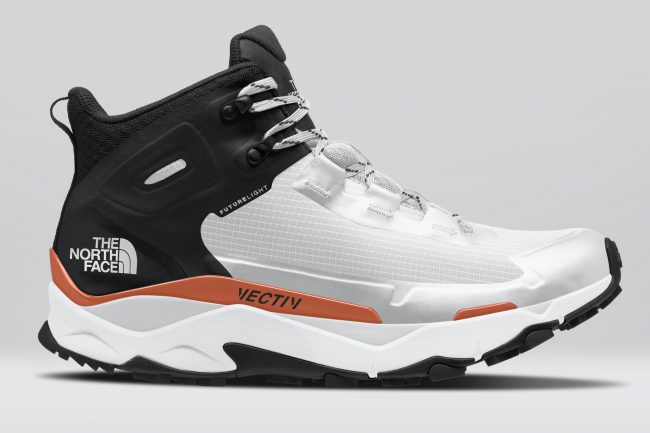 And here’s the Exploris in the ghastly white, black, orange colourscheme

You can see more about the VECTIV range in this specially curated homepage here. Some of the styles you see here aren’t available until February.