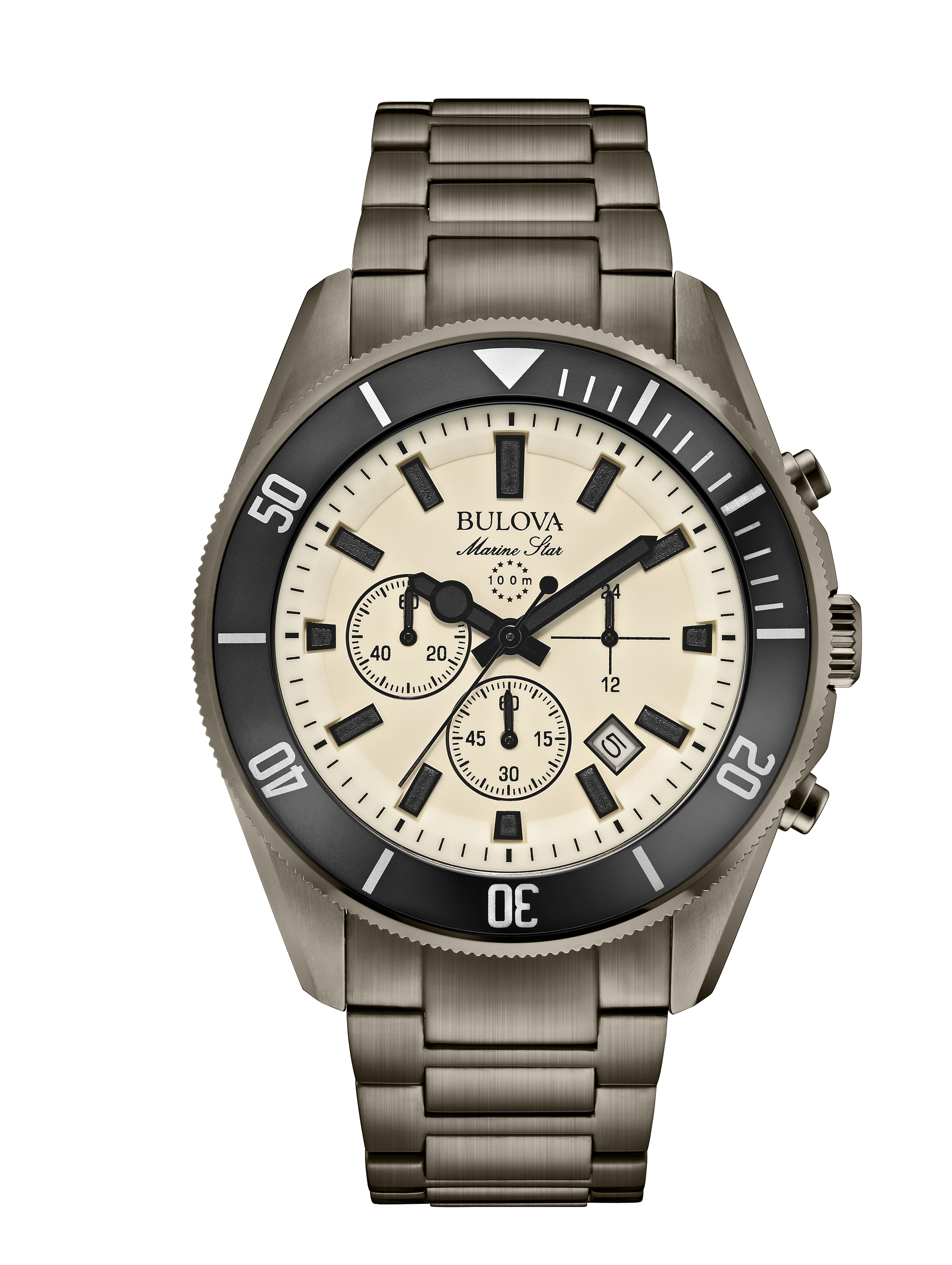 An early adventurer who was a fan of Bulova watches was Charles Lindbergh – the first man to fly non-stop across the Atlantic Ocean.

Lindbergh won the Bulova Watch Prize and a $1,000 cheque. Later, he became the face of the company’s “Lone Eagle” watch, a commemorative timepiece that celebrated Lindbergh’s accomplishment while also linking Bulova to the world of aviation and exploration.

Later in the sixties, NASA used some of Bulova’s technology for various timing instruments on satellites – first on the Vanguard 1 satellite in 1958 and later on the first Moon walk on July 21, 1969.

In 2000 Bulova turned 125 years old and every year since, October 4 has become an official Bulova Day.

Fast forward to 2014 and this is the newest watch from Bulova. It’s called the Marine Star and comes in two colours, has a rotating bezel and is 100 metres water resistant. It’s £350 and has free next day delivery from www.watchshop.com.