WILDNIS to offer trips with a luxury basecamp each evening 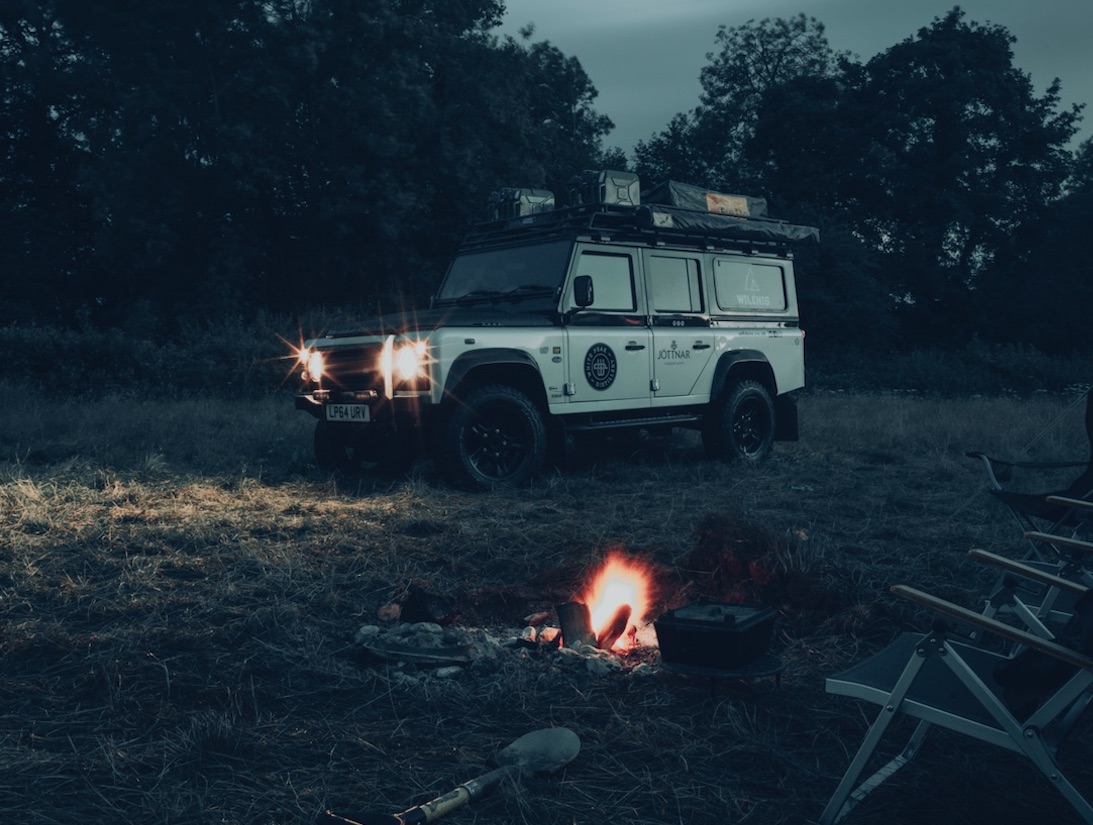 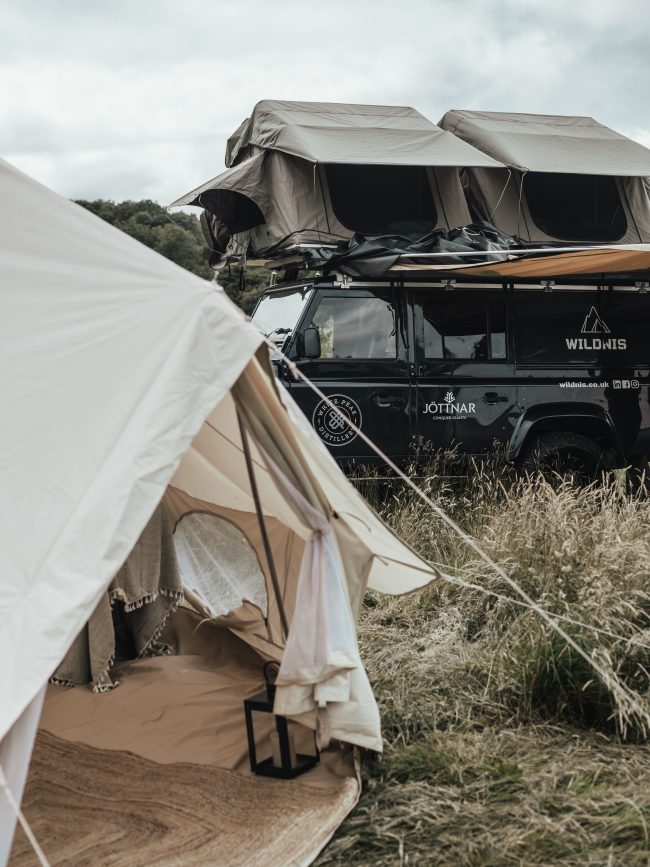 Imagine coming back to this after a day in the hills…

If you’re craving an adventurous trip, but want to eat and sleep well after a long day out, then you’ll want to check out the newly-formed WILDNIS.

The WILDNIS team (a play on the word wildness) will transport you around in a Land Rover Defender and link together activities like scrambling, climbing and packrafting and come the evening, you’ll stay in a luxury mobile basecamp where you’ll be treated to fire-cooked feasts from a Michelin-standard chef.

WILDNIS has been founded by former military officers and their first trip kicks off in October (2020) in the Scottish Highlands. Eventually the portfolio will grow to include a similar style of trips in Norfolk and the Peak District.

Co-founder Alex Gay says: “WILDNIS takes the time, stress and uncertainty out of planning your adventures. We want to change the perception of living outdoors, and show you that adventure and isolation doesn’t have to mean discomfort. For some, the idea of living outside for four days is pretty daunting, but our expert team of guides and chefs will make your adventure into the wild an unforgettable and luxurious experience.” 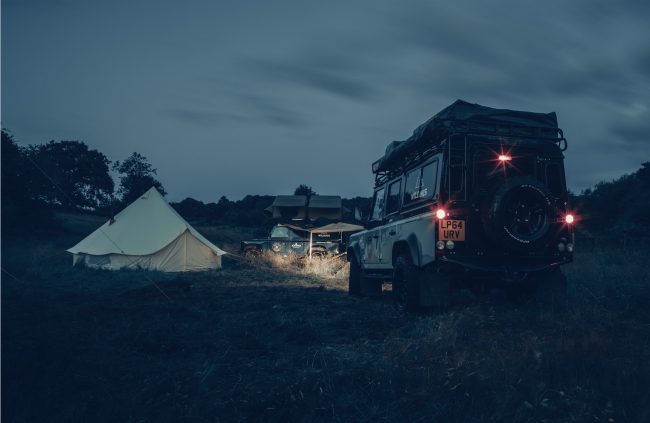 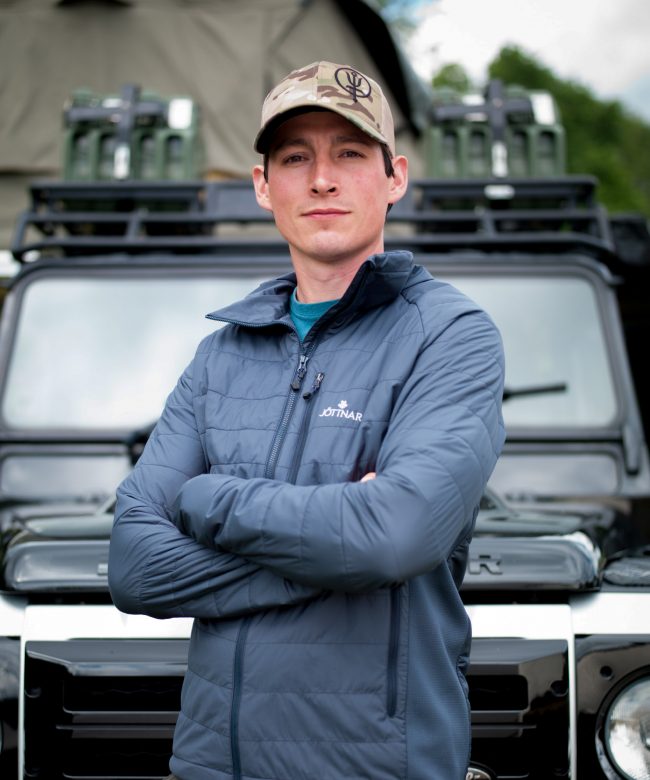 Jim Beckett is one of the guides and has spent the last 10 years in the British Army, where he deployed on operations and instructed at the Royal Military Academy Sandhurst. Jim has always had a passion for the outdoors and is an avid ski-mountaineer. His love of the wilderness has seen him run numerous ultra-marathons and work in the Arctic Circle as a Husky Dog Sled Guide.

Due to the repercussions of the Covid pandemic, never has the appeal of a staycation been greater. WILDNIS shows that there is no need to go overseas to have a true expedition experience. Drawing upon their military experience and their personal passions, from running Royal Marine Commando training to leading the British Army’s wildlife protection programme in Africa, the WILDNIS team have all the skills to craft tailor-made adventures alongside their pioneering small group tours. The team have committed to offsetting their carbon footprint by signing up to Offset Earth and have partnered with low impact brands such as Nouri and Prodigy Snacks to ensure their guests learn to love and respect the wilderness. The eagle-eyed among you will also spot the Jöttnar logo on the side on the Defenders.

Luxury, expertise and heritage shine through on all aspects of a Wildnis expedition. From the moment guests are collected at Edinburgh railway station (Glasgow pick-ups also possible) they are treated to a Five-Star wilderness experience. After briefing and kit sessions, the adventure begins in the Loch Lomond and Trossachs National Park. Guests are guided to the summit of Ben A’an which, despite its modest height, offers superb views and a big mountain feel. After abseiling and climbing on its flanks, guests descend to Glen Finglas Reservoir where they use packrafts to reach the far bank where a warming bowl of Cullen Skink soup awaits. After a night’s basecamp in Glen Etive, the adventure continues with scrambling along Aonach Eagach ridgeline, a Grade II scramble and one of Scotland’s finest routes with two Munro summits. 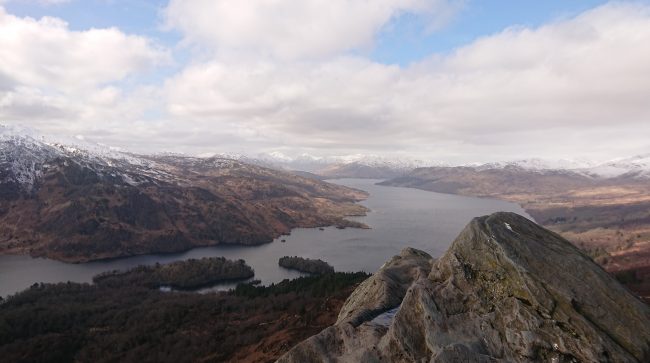 Ben A’an is one of the peaks you’ll go up in October. Photo © Dan Tye

The expedition then goes coastal with a sea kayaking trip in Arisaig, on Scotland’s stunning west coast. With sheltered sea lochs, countless isles and skerries and hidden beaches, this is a landscape best seen from the water. Returning again to dry land, adventurers head to a remote quarry to try a front abseil, a daredevil technique for descending cliff faces as shown in the TV show SAS: Who Dares Wins. 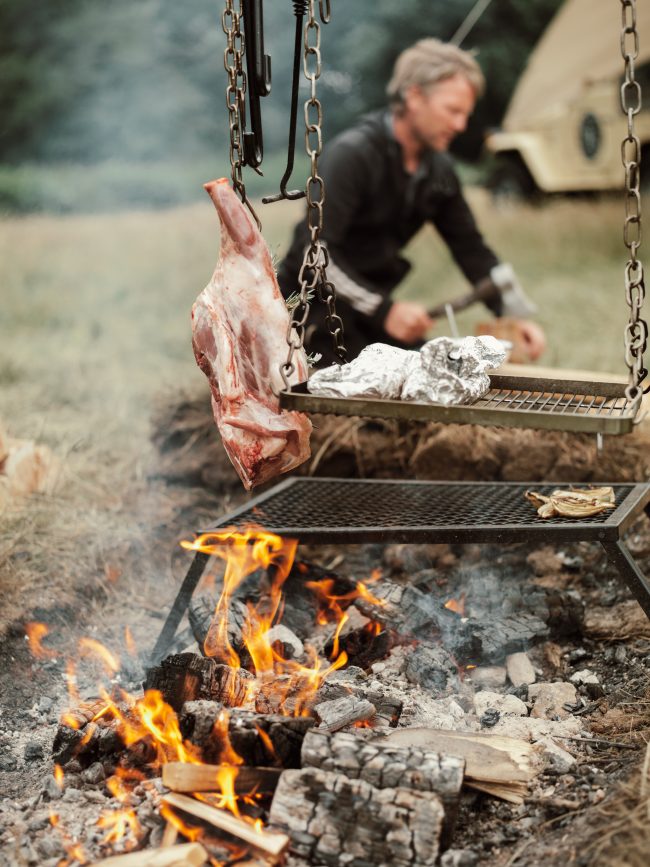 Throughout the trip guests travel in restored classic Land Rover Defenders, heritage vehicles perfectly at home in the rugged Scottish Highlands. Each has been adapted for wild camping with top-of-the-range rooftop tents or travellers will have the option of bedding down in a glamping-style bell tent. Every evening guests are treated to an open-fire cooked feast from Wildnis’ private chef, Tom Byrom. A sous chef at the Michelin-starred Northcote Manor by the age of 20, Tom’s inventive menus use the best of local produce. Dishes include a whole grouse ‘porcetta’, venison shoulder with a foraged nettle sauce and a Scottish seafood platter. Individuals are encouraged to involve themselves in the cooking too, with Tom offering masterclasses on foraging, butchery and open-fire cooking.

Find out more about Wildnis at www.wildnis.co.uk