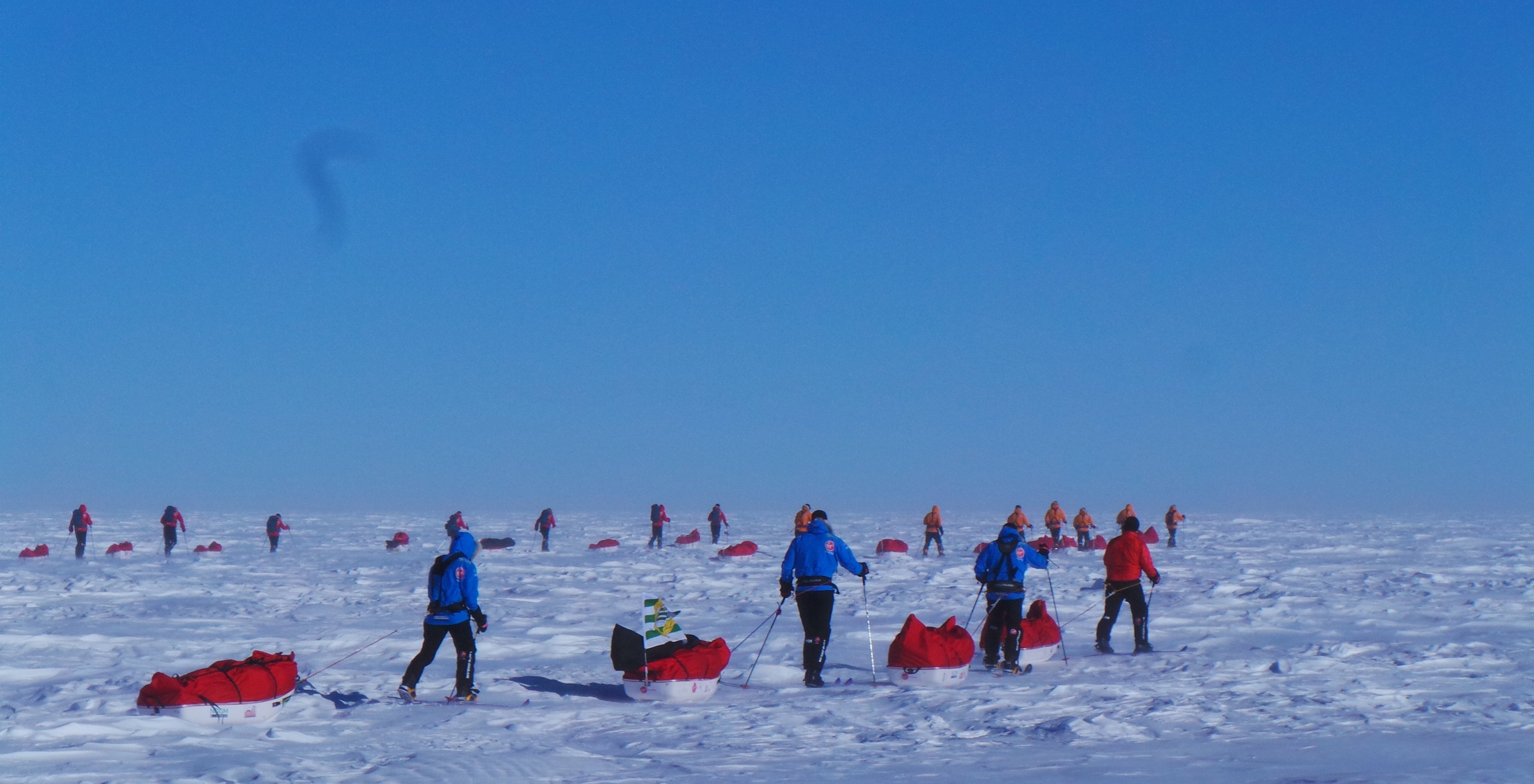 After breaking camp yesterday morning Team Glenfiddich, Team Noom Coach and Team Soldier On began another taxing day on the ice (pictured above).

At the end of Day 2, Team Glenfiddich is in first place after covering an incredible 23.3 km. Following closely behind is Team Noom Coach which covered 21.5 km and lastly Team Soldier On in third position having covered 18.8 km. Victoria Nicholson, Expedition Manager, says that Team Soldier On might be slow because some of the members have not acclimatised as well as others.

Day 2 was extremely tough for all team members though. They’re currently trying to ski over sastrugi fields which are sharp irregular grooves formed on the snow surface by the wind.

Ibrar Ali, Team Glenfiddich member, said, “It’s been a hard couple of days since the race started on Sunday, we’re obviously very tired and haven’t encountered this kind of physical excursion anywhere else before.”